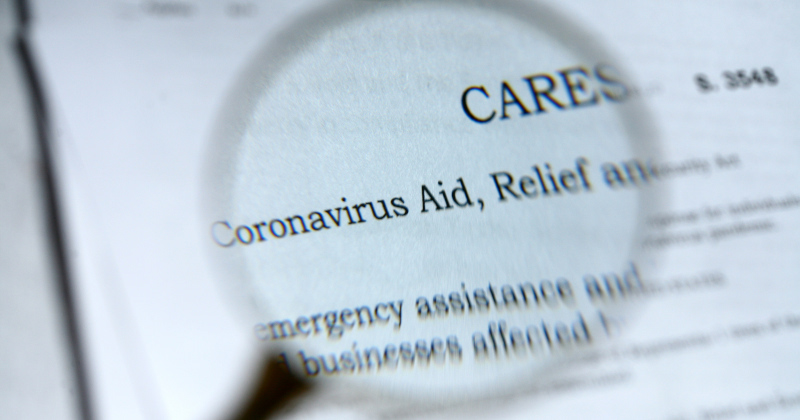 The US Government Accountability Office (USGAO) has stated that about $1.4 billion in COVID-19 stimulus payments were mistakenly sent to dead Americans.

The US currently remains the worst-hit nation, with over 2.4 million confirmed coronavirus cases and more than 124,000 fatalities, according to Johns Hopkins University.

In a report on Thursday, the USGAO said that as of 30 April, nearly 1.1 million dead people had received payments of around $1,200 each, which were part of Congress’ economic relief programme.

“The number of economic impact payments going to decedents highlights the importance of consistently using key safeguards in providing government assistance to individuals”, the USGAO pointed out.

According to its report, this took place because the payments, which were based on a system used during the 2008-2009 financial crisis, were not synchronised between the Internal Revenue Service (IRS) and the US Treasury.

“IRS has access to the Social Security Administration’s full set of death records, but Treasury and its Bureau of the Fiscal Service, which distribute payments, do not”, the report underlined.

In this vein, the USGAO urged Congress to provide the US Treasury with “access to the Social Security Administration’s full set of death records, and require that Treasury consistently use it, to help reduce similar types of improper payments”.

Both Treasury Secretary Steve Mnuchin and the IRS made it clear that the payments to the deceased should be returned, something that was also echoed by the USGAO.

The agency noted that “GAO recommends that IRS should consider cost-effective options for notifying ineligible recipients how to return payments.”

The Coronavirus Aid, Relief, and Economic Security (CARES) Act worth $2 trillion was passed by Congress in March to help American workers and businesses get through the economic repercussions of the coronavirus pandemic.

Johns Hopkins University’s latest situation report indicates that in terms of the COVID-19 fallout, the US remains the worst-hit nation, with more than 2.4 million confirmed cases and more than 124,000 fatalities.