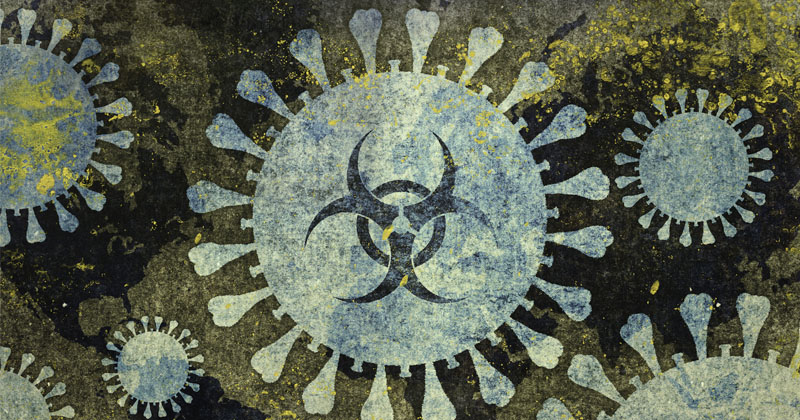 Why is the mainstream media so scared of asking difficult questions about this coronavirus outbreak?

At one time the United States had the greatest investigative journalists in the entire world, but today it is very rare to see any of our major news outlets go much beyond the basic facts of a story.

In particular, the coverage of this coronavirus outbreak has been absolutely abysmal.

Other than dutifully repeating the basic information being fed to them by the CDC and the Chinese government, mainstream media coverage of this crisis has amounted to little more than assuring everyone that everything is going to be just fine.

As a result, Americans are increasingly turning to independent journalists for some honest coverage of this outbreak, because they know that they aren’t getting the whole truth from the usual suspects.

There is still so much we don’t know about this virus, and very few of our “journalists” are willing to dig deeper to find the answers we need.

Mike Adams guest hosts The Alex Jones Show to expose the neglect of potential contamination in the U.S.

The public is hungry for information, and getting to the truth starts with asking the right questions.  The following are 10 very important questions that the mainstream media should be asking about this very alarming coronavirus outbreak…

#1 The Washington State Department of Health has announced that 746 peopleare currently being “monitored” for coronavirus symptoms.  Are all 746 being quarantined, or are they being allowed to mix with the general public?  According to the agency’s official website, it is unclear what “monitoring their health” actually entails…

The number of people under public health supervision includes those at risk of having been exposed to novel coronavirus who are monitoring their health under the supervision of public health officials. This number includes close contacts of laboratory confirmed cases, as well as people who have returned from China in the past 14 days and are included in federal quarantine guidance.

#2 In Hawaii, a local resident named John Fukiwara recently had very close contact with a Japanese man that later was confirmed to be infected by the coronavirus.  After contacting health officials, why was Fukiwara told to “go about his normal day-to-day routine”?…

That said, the Times reporter did manage to find John Fukiwara, a local resident who said he believes the Japanese man is a friend of his whom he would not identify by name. The man recently visited the island and had coffee with Fukiwara before they exchanged gifts of chocolate.

#3 If this coronavirus outbreak “isn’t that serious”, then why has everyone in Hubei province now been ordered to stay at home until further notice?

The central Chinese province of Hubei escalated its restrictions to contain a coronavirus epidemic on the weekend, ordering the province’s residents – including 24 million people in rural areas – to stay home until further notice.

#4 If this coronavirus outbreak “isn’t that serious”, then why did Russia just ban all Chinese citizens from entering the country?…

#5 Chinese officials have just released data which show that this virus “could be 20 times more lethal than the flu”.  Why does hardly anyone in the western world know about this?…

The director of a Chinese hospital at the epicenter of the coronavirus outbreak became one of its victims Tuesday despite “all-out” efforts to save his life, Chinese health officials said.

The death came the same day Chinese officials released data indicating the new virus could be 20 times more lethal than the flu.

#6 Why is this virus killing 15 percent of all victims that are over the age of 80?…

The deadly coronavirus rapidly sweeping the world kills up to 15 per cent of patients over the age of 80, scientists have revealed.

Chinese health officials carried out the biggest ever study on the never-before-seen strain of the virus, using data from 72,000 cases.

#7 On the flip side, why are so few children being infected by this virus?…

Scientists are still learning about the coronavirus outbreak that has killed 1,384 people and infected more than 64,000 in China. One of the biggest mysteries is why so few children have gotten sick.

The outbreak was first reported on December 31, but no children younger than 15 years old had been diagnosed as of January 22. A study in the New England Journal of Medicine said at the time that “children might be less likely to become infected or, if infected, may show milder symptoms” than adults.

#8 What is this coronavirus outbreak going to mean for the entire global economy?  This is something that I have written about repeatedly in recent days, but the mainstream media in the western world continues to insist that this crisis will just be a small bump in the road.  Meanwhile, over in India there are warnings that there could be “massive disruptions” and “shortages” if this crisis doesn’t end soon…

Pankaj R. Patel, chairman of Zydus Cadila, said prices of medicine in India have exponentially jumped in the last several weeks, thanks to much of the medicine is sourced from China.

The Indian pharmaceutical industry is experiencing massive disruptions that could face shortages starting in April if supplies aren’t replenished in the next couple weeks, Patel warned.

#9 Why did the coronavirus continue to spread like wildfire aboard the Diamond Princess cruise ship even after a quarantine was initiated?…

A top health official at the National Institutes of Health acknowledged that the quarantine aboard the coronavirus-infected Diamond Princess Cruises ship failed while discussing the decision to evacuate hundreds of American passengers – 14 of whom tested positive for the virus.

#10 The number of confirmed cases outside of China has doubled in less than a week.  If the number of cases continues to double every week, how bad will this crisis eventually become?

I’ll answer that one.

If the number of confirmed cases outside of China doubles every week, there will be a million cases just 10 weeks from now.

And once there are a million people with coronavirus walking around all over the planet, nobody is going to be able to “contain” it.

So let us hope that the measures that authorities are currently taking to control the spread of this disease will work.

President Trump believes that this outbreak will start to fizzle when warmer weather arrives, and I truly hope that he is correct.

Because right now this outbreak is getting worse with each passing day, and we definitely aren’t getting good information about this crisis from the mainstream media.