Is the United States experiencing an “economic crisis” or an “economic consolidation”?  Did the financial problems of the last several years “happen on their own”, or are they part of a broader plan to consolidate financial power in the United States?  Before you dismiss that possibility, just remember what happened back during the Great Depression.  During that era, the big financial powers cut off the flow of credit, hoarded cash and reduced the money supply.  Suddenly nobody had any money and the economy tanked.  The big financial powers were then able to swoop back in and buy up valuable assets and real estate for pennies on the dollar.  So are there signs that such a financial consolidation is happening again?

Well, yes, there are.

So is this part of a planned consolidation of the U.S. banking industry?  Just consider the following 15 points….

#1) The FDIC is planning to open a massive satellite office near Chicago that will house up to 500 temporary staffers and contractors to manage receiverships and liquidate assets from what they are expecting will be a gigantic wave of failed Midwest banks.

#4) In fact, a lot more houses may be on the U.S. housing market very shortly.  The number of mortgages in the United States more than 90 days overdue has climbed to 5.1 percent.  As the housing market continues to get increasingly worse, it will put even more pressure on small to mid-size banks.

#5) More than 24% of all homes with mortgages in the United States were underwater as of the end of 2009.  Large numbers of American homeowners are deciding to walk away from these homes rather than to keep making payments on loans that are for far more than the homes themselves are worth.

#7) In fact, one stunning new study forecasts that five million houses and condos will go through foreclosure within the next couple of years.  If that actually happens it will be absolutely catastrophic for the banking industry.

#8) But it is not just residential real estate that is a problem.  Many financial analysts now believe that the next “shoe to drop” in the ongoing economic crisis will be commercial real estate. U.S. commercial property values are down approximately 40 percent since 2007 and currently 18 percent of all office space in the United States is now sitting vacant.

#9) So are the financial powers doing anything to help?  In 2008 and 2009 they did, but now it appears that they plan to dramatically tighten credit.  In fact, Federal Reserve Chairman Ben Bernanke recently warned Congress that the Federal Reserve does not plan to “print money” to help Congress finance the exploding U.S. national debt.  So either Congress will have to spend less money or borrow it at higher interest rates from someone else.  Either of those alternatives will be bad for U.S. economic growth.

#12) Recent data suggests that there has been a very significant decline in the “real” M3 money supply, and every time that this has happened in the past it has resulted in a drop in economic activity.  In fact, this dramatic contraction in the money supply has many economic analysts now warning that it is not a matter of “if” we will have a “double-dip” recession, but of “when” it will occur.

#13) There are also signs that big U.S. banks are now hoarding cash.  In fact, the biggest banks in the U.S. cut their collective small business lending balance by another 1 billion dollars in November 2009.  That drop was the seventh monthly decline in a row.

#14) In fact, in 2009 U.S. banks posted their sharpest decline in lending since 1942.  This is the same kind of thing that happened at the beginning of the Great Depression.

#15) Meanwhile, the biggest U.S. banks are gobbling up a larger and larger share of the U.S. banking market.  At the end of 2007, the Big Four U.S. banks – Citigroup, JPMorgan Chase, Bank of America and Wells Fargo – held 32 percent of all deposits in FDIC-insured institutions. As of June 30th of last year it was 39 percent.

So do you see what is going on?

The real estate crash of the last several years has left hundreds of small to mid-size banks across the United States extremely vulnerable.

These small to mid-size banks desperately need the U.S. economy to get cranking again.

But now the big financial powers are reducing their lending, hoarding cash and shrinking the money supply.

All of those things reduce economic activity.

Many businesses will fail because they cannot get loans.

The real estate market will continue to suffer because banks are raising their standards and are lending less money.

Small to mid-size banks that are already on the edge of disaster are almost virtually certain to collapse when the “second wave” of the housing crisis starts hitting.

But when they do collapse the U.S. government is directing them to sell themselves to the big sharks.

So whether it is “planned” or not, what we are witnessing is a consolidation of the banking industry in the United States.

And that is not a good thing. 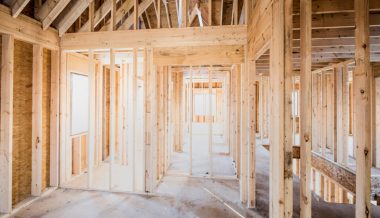