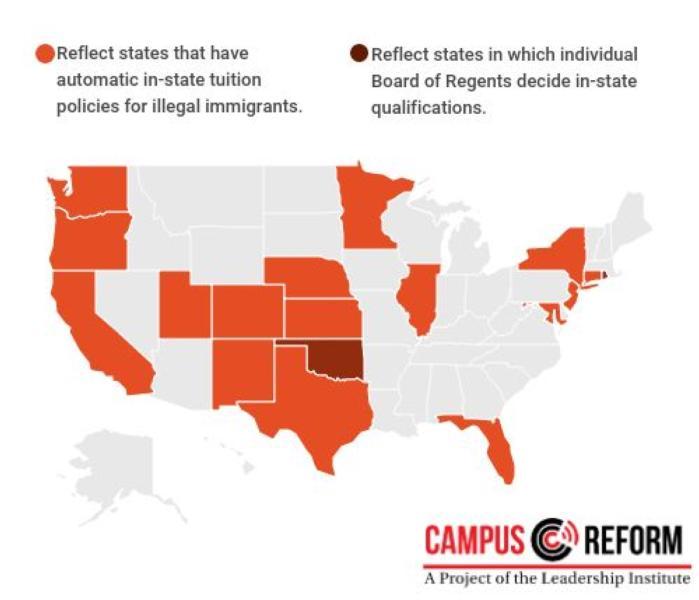 The Eleventh Circuit U.S. Court of Appeals ruled that colleges in Georgia are not required to admit illegal immigrant students.

The decision further sparked a national conversation about the rights of Dreamers, as well as the legality of offering them in-state tuition benefits, which usually allow students attending college in their home states to pay far less than their peers from different states.

Citing US Code 1623, which states that anyone who is not legally a citizen cannot be entitled to any benefit that is denied to a citizen of the United States, some have questioned whether those here illegally should be offered in-state tuition rates that aren’t available to other students who are citizens. Currently, 18 states, offer some form of a pathway for in-state tuition to those living here illegally.

So, what do college students think?

Is it fair for those who are here illegally to have access to in-state tuition? Campus Reform spoke to students all day at the University of Nevada- Las Vegas, and not one student said that doesn’t seem right.

“Why do they get to pay less when I’ve got to pay more?” one student said…

…while another added, “What do you get for living here all your life legally instead of coming here illegally? I just don’t think that’s fair.”

Another student echoed that sentiment, saying, “that’s disappointing because I did quite a bit to earn my college.”

Here’s why politicians were no match for Candice Owens because she’s more authentic.