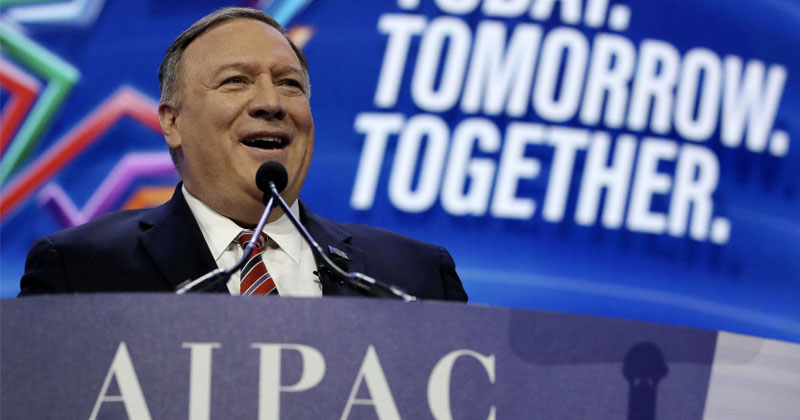 Tehran is going to love this…

As the novel coronavirus spreads through Westchester County’s Jewish community following an outbreak in New Rochelle, it’s perhaps unsurprising that several individuals who attended the 2020 AIPAC conference, which was held in Washington DC earlier this week, have tested positive for the virus.

The incident is rapidly becoming a lesson in just how difficult it is to keep VIPs – including even senior leaders in our government – away from the virus. In a statement released Friday evening, the organizers of the conference confirmed that two attendees had tested positive at an event where Vice President Mike Pence was a keynote speaker, and where several other senior administration officials were present.

Read the full statement below:

The organization said it notified attendees to consult the CDC’s guidelines for those who may have come into contact with the virus. The guidelines advice individuals to avoid close contact with others, and try to isolate while watching for any symptoms. Should symptoms emerge, individuals are advised to call their doctors and report the situation.

Though many have complained that they haven’t been able to access tests despite contacting their doctor because, as the Atlantic revealed earlier, fewer than 2,000 tests have been administered in the US so far due to a dire shortage that administration officials have attempted to underplay.

The situation in Iran, where a senior adviser to the Ayatollah was infected, a former ambassador to Syria died, and nearly 2 dozen lawmakers have been infected, offered a lesson in the risks that the virus – which of course can’t be stopped or stunted by traditional weaponry – presents.

Mike Adams joins The Alex Jones Show to break down the projection model that predicts 2.16 dead Americans by July 4th unless travel restrictions are enacted.