What do you do when an entire nation begins to lose the capacity to think rationally? Many Americans spend a great deal of time criticizing the government, and there is certainly a lot to complain about, but it is not just the government that is the problem. 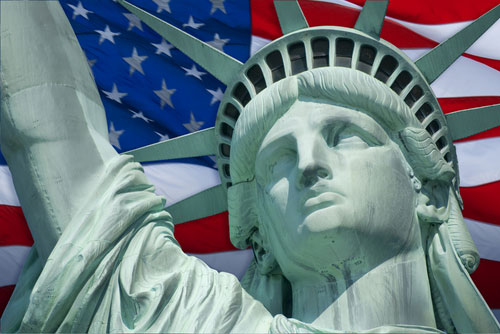 All over America, people appear to be going insane. It is almost as if we have been cursed with stupidity. Sadly, this applies from the very top of our society all the way down to the very bottom. A lot of us find ourselves asking the following question much more frequently these days: “How could they be so stupid?” Unfortunately, we are witnessing a complete collapse of common sense all over America. Many people seem to believe that if we could just get Obama out of office or if we could just reform our economic system that our problems as a nation would be solved, but that is simply not true. Our problems run much deeper than that. The societal decay that is plaguing our country is very deep and it is everywhere. We are a nation that is full of people that do not care about others and that just want to do what is right in their own eyes. We hold ourselves out to the rest of the world as “the greatest nation on earth” and an example that everyone else should follow, and yet our own house is rotting all around us. The words “crazy”, “insane” and “deluded” are not nearly strong enough to describe our frame of mind as a country. America has become a sad, delusional old man that can’t even think straight anymore. The evidence of our mental illness is everywhere.

The following are 20 signs that we are witnessing the complete collapse of common sense in America….

#1 According to Wired Magazine, FBI agents have been taught that they can “bend or suspend the law” as they pursue criminals and terrorists. But when they break the law they become criminals themselves.

#2 A TSA manager (not just an agent) at Dulles International Airport was recently discovered to be running a prostitution ring out of a local hotel room. TSA agents have been charged with crime after crime after crime and yet we continue to allow them to be in charge of airport security.

#3 CBS News is reporting that approximately 200 pieces of luggage a day are being stolen by employees at John F. Kennedy International Airport and authorities still have not been able to stop it.

#4 Visitors to the United States must now pay $14 to complete an online form that asks them a series of really bizarre questions. For example, one of the questions asks visitors to the U.S. if they ever “collaborated with the Nazis”.

#6 A high school senior in Indiana was recently expelled from school for cussing on Twitter.

#7 Police in Chicago apparently believe that our “First Amendment rights can be terminated” at their discretion.

#8 Americans are becoming very cruel to one another. This is especially true when it comes to the weak and the elderly. For example, two “caregivers” down in Georgia were recently charged with waterboarding an 89-year-old woman that had been entrusted to their care….

Police charge two caregivers at a Jonesboro facility with waterboarding an 89-year-old woman.

#9 An increasing number of American families are taking out student loans in order to pay for their children’s kindergarten tuition.

#10 One town in Massachusetts plans to distribute free condoms to children as young as 12 years of age.

#11 Children in America are exposed to enormous amounts of sexual material on television these days, but we are always so shock