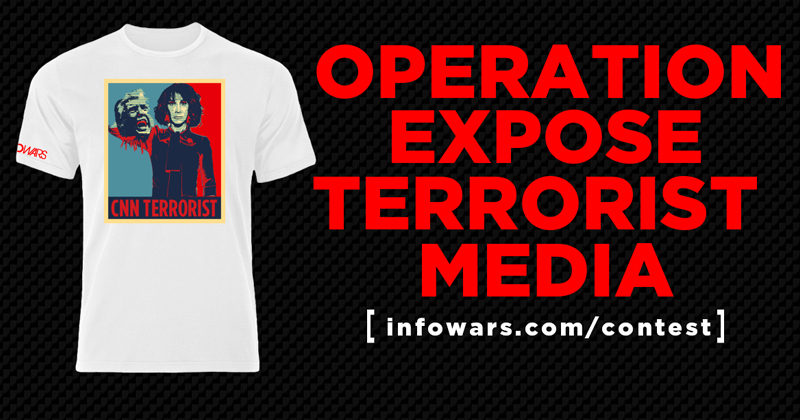 We are launching a new contest to stand up to the Left’s calls for violence against the president and against other Americans for simply exercising their right to promote Americana.

We will expose the media’s terrorist campaign.

Remember during the 2016 presidential election, the establishment media tried to falsely manufacture stories about Trump being a sexual predator.

We knew it was essential that we point out that this tactic was simply a projection because the Clintons knew their big weaknesses were Bill Clinton’s sexual predatory past and Hillary Clinton’s history of defending rapists and child molesters when she was a lawyer.

That is why we launched the “Bill Clinton is a Rapist” operation, which became one of the main pivot points in the campaign.

Now we the American people, sick and tired of the bullying fake news media and their war on free speech and independent press, are standing up to this intimidation.

We encourage everyone to not just hold up signs to point out that CNN is ISIS and that MSM are terrorists, but to also use this campaign as an example to point out when mainstream media and entertainment writers, editors and hosts are calling for violence against Trump and against his supporters for simply only trying to make America great again.

Here’s the contest rules and here’s to our famous “Bill Clinton is a Rapist” successes. I salute you all; happy hunting!

You can get the shirts here, but you can also make your own shirts and own posters with the associated text.

If you’re seen on TV wearing a “CNN is ISIS” t-shirt or sign, send your submissions to [email protected]

A note from Alex Jones: Mike Cernovich called me last night with his great idea for a contest. He is going to help us promote it as a ringmaster. Make no mistake, this is a battle for liberty as we fight through this establishment propaganda meant to hold humanity down.