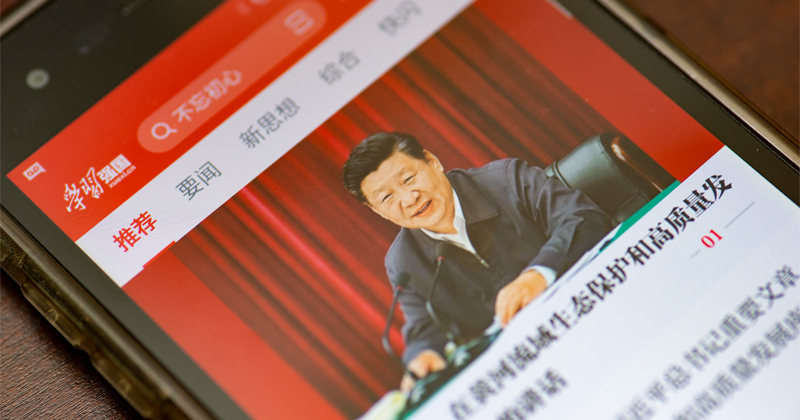 Mainstream media reports are now beginning to say what Infowars and other independent media outlets have said from the beginning; Communist China likely released COVID-19 as a deliberate biological attack on the west.

Conflicting media and government reports on the virus are due in part to the ongoing civil war at the highest levels of our government and media institutions. Communist Chinese influence over the planet has expanded with the assistance of globalist agents.

Despite the Communist Chinese regime’s long history of human rights abuses, it was recently granted a position on the United Nations human rights panel.

Could a war with China be our generation’s “just war”, comparable to WWII?

In August of 2019, testimony was presented to the House Intelligence Committee regarding China’s expansive reach of authoritarianism over the planet, shaping the global political environment in unprecedented ways.

The testimony stated in part:

“China and any number of other leading repressive regimes have deepened their authoritarianism. And in an era of hyperglobalization, they are turning it outward. Although the autocratic states are today integrated in many ways into the global system, they have tended not to become more transparent and accountable; rather, they have developed policies and practices aimed at undermining democracy’s advance. Exploiting globalization and the opportunities presented by integration with open societies, these states are working to reshape the very institutions and arenas that welcomed them.

Over the past decade in particular, the pendulum of global politics has swung in the direction of authoritarian regimes, which are shaping the political environment in a manner that would have been unimaginable even a few years ago.”

Media outlets, universities, and other institutions in the United States have been infiltrated by China.

A Chinese citizen describes the horror as best he can in this footage: “They’re eating our flesh and drinking our blood:”

Trump was right when he announced he will be suspending funds to the Chinese-run W.H.O. for getting the Covid-19 “pandemic” wrong. The question that remains is, will he follow through?