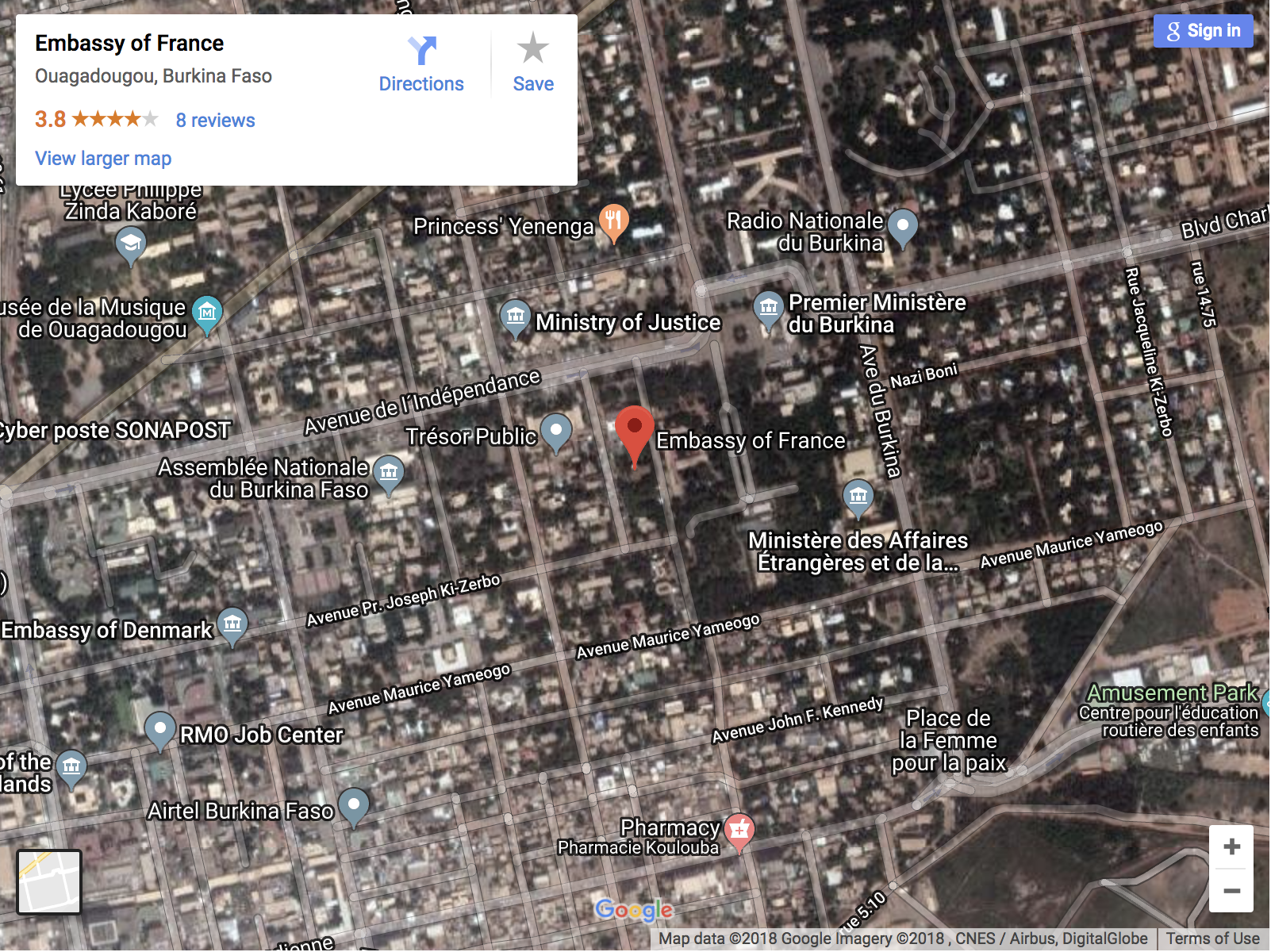 At least 28 people have been killed in a terrorist attack near the French embassy in Burkina Faso’s capital, Ouagadougou, AFP reports, citing French and African security sources.

Police had previously confirmed that four shooters were neutralized and three more attackers killed in the incident.

Approximately 50 people were injured in the attacks, according to Reuters, which cites government spokesman Remi Dandjinou. The dead include two paramilitary gendarmes, who were killed defending the French embassy, said Dandjinou while speaking on national television.

A number of locations were targeted in the capital of the West African nation on Friday, including Ouagadougou’s French embassy, nearby army headquarters and prime minister’s office, by suspected Islamic extremists.

Initial eyewitness reports told of masked gunmen with backpacks attacking guards at the entrance to the army headquarters, which followed an explosion. A separate attack was later launched near the prime minister’s office, according to a police statement. Security units were deployed to the scene near the French embassy, also targeted in the coordinated attack.

Islamic extremists are suspected of being behind the attack on the capital, according to Burkina Faso’s police director general. Jean Bosco Kienou told AP on Friday that “the form is that of a terrorist attack.” Witnesses are reported to have heard the assailants yell “Allahu Akhbar” before setting fire to a vehicle and opening fire in front of the embassy.

The French embassy in Burkina Faso took to Facebook to warn locals of an “ongoing attack” and told people to “stay confined. “No certainty at this stage of the locations,” read the statement.

Live footage from the scene on Friday showed black smoke billowing from a burning building near embassies, while gunfire rang out in the background. The area of the explosion is surrounded by government buildings and embassies.

The US embassy has advised people to “seek secure shelter” amid reports of gunfire in the downtown area. French President Emmanuel Macron said he is being updated on the developments of the attack, in a statement released by the Elysee Palace on Friday.

Images shared on social media from the scene showed the remnants of an apparent explosion. Broken glass from dozens of smashed windows in an apartment block can be seen scattered on the street and on parked cars, while heavy black smoke fills the sky above.