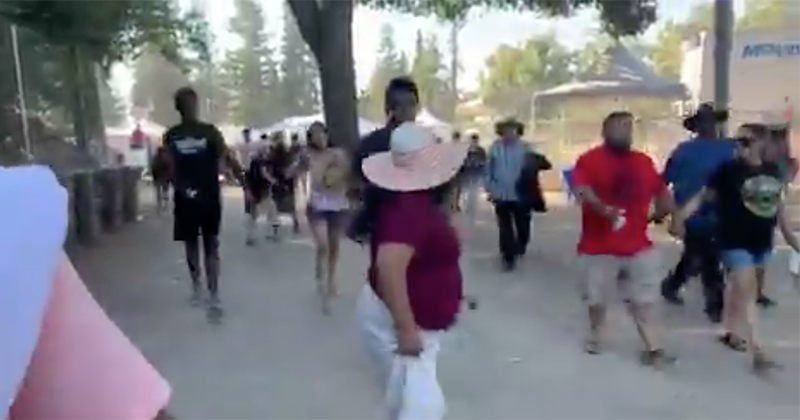 Police have confirmed that 3 people have been killed and at least 15 injured after a gunman opened fire at the Gilroy Garlic Festival in California. The suspect has been killed, but the scene has been described as “active.”

Gilroy Police Chief Scott Smithee said the popular annual family event had security, and bags were screened at the entrance, but it appears the suspect cut through a fence to gain access.

The identity and motive of the shooter has not yet been confirmed, but Smithee described the shooter as acting “somewhat randomly,” while using “some kind of rifle.”

“It’s sort of a nightmare you hope you never have to live in reality,” the chief of police told a news conference.

Footage shared online shows confusion and panic as people run away from the food stands.

There were reports of a second suspect possibly being involved in the shooting, at least in a support role of some kind. However, this has not been confirmed.

“We have teams working to try to track down and identify leads regarding the second suspect,” Smithee said.

Nearly three hours after the initial incident, additional shots were heard in the area, Elissa Harrington, a reporter for KTVU, tweeted, adding that “police in full tactical gear” were searching a nearby creek with dogs, and helicopters were flying overhead.

Police and emergency personnel responded to reports of a shooting at Gilroy’s Christmas Hill Park at around 5:30pm.

San Francisco’s Bureau of Alcohol, Tobacco, Firearms and Explosives (ATF) has also been dispatched to the scene to help local law enforcement.

The three-day Gilroy Garlic Festival is one of the largest annual food festivals in the US, and takes place about 30 miles southeast of San Jose, California. Sunday was supposed to be the event’s final day.