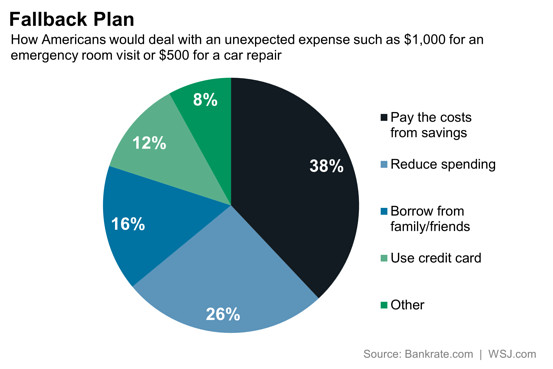 While various CNBC anchors may be willing to say that the US is “growing gangbusters” yet again confusing the liquidity-oozing equity markets with the economy, there are a couple hundred million Americans who would bet to differ (which incidentally may also explain why the Comcast channel no longer wishes to have its viewership calculated by Nielsen): the reason is that according to the latest Bankrate survey released today, more than three in five Americans don’t have money in their savings accounts to cover any unexpected bills such as a $500 car repair or a $1,000 emergency room visit.

In fact, only 38% of respondents said they have enough funds in their bank accounts to cover even the most mundane of spending emergencies.. Most others would need to take on debt or cut back elsewhere.

As the WSJ reports, citing Bankrate banking analyst Claes Bell, “a solid majority of Americans say they have a household budget but too few have the ability to cover expenses outside their budget without going into debt or turning to family and friends for help.”

The survey found that an unexpected bill would cause 26% to reduce spending elsewhere, while 16% would borrow from family or friends and 12% would put the expense on a credit card. The remainder didn’t know what they would do or would make other arrangements.

Ok, so clearly more than half of Americans not only can not budget more than a few months down the road, but is living paychek to paycheck: hardly a surprise.

What baffles, however, is that as only Zero Hedge showed so far the biggest reason why the US economy was represented to have grown as strongly as it did in Q2 and Q3 is because the Bureau of Economic Analysis decided to revise US household income lower and spending higher not once, but twice, in the process “boosting” Q3 GDP higher to 5%, but only getting there after estimating that US savings were reduced by $140 billion at the end of September, a 20% reduction in the estimated amount of savings held by US consumers. 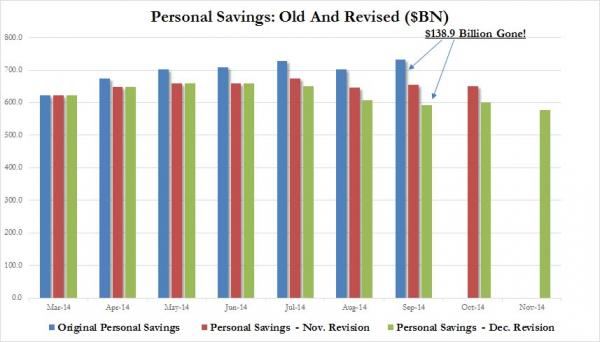 Which begs the question: just which savings are Americans said to have drawdown by $140 billion more than in initial estimates: the ones they don’t currently have or the ones they can’t ever hope of having? 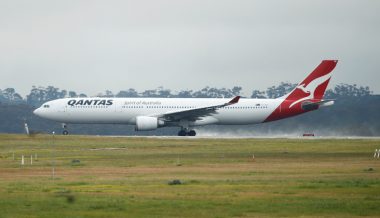