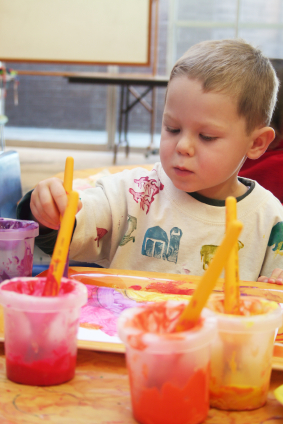 Over 30,000 British schoolchildren, some as young as three, have had their names registered on a government database and branded “racist” or “homophobic” for using playground insults, infractions that could impact their future careers.

The shocking figures were disclosed after civil liberties group the Manifesto Club made a Freedom of Information Act request which betrayed the fact that kids who used petty jibes are now being treated as thought criminals by education authorities.

34,000 incidents of “racism” in total were reported for the year 2009-2010, with nursery school toddlers as young as three being put on a state database for using the words “gay” and “lesbian”. One child who called another “broccoli head” was also reported to authorities. Other cases included a child who used the word “gaylord,” while another who told a teacher “this work is gay,” was also added to the thought crime database.

The majority of the reported cases involved primary school children.

“The record can be passed from primaries to secondaries or when a pupil moves between schools,” reports the Daily Mail.

“And if schools are asked for a pupil reference by a future employer or a university, the record could be used as the basis for it, meaning the pettiest of incidents has the potential to blight a child for life.”

Schools are being pressured to report such incidents to authorities and face punishments for not doing so under anti-bullying policies.

This is a clear example of how hate crime laws have brazenly been hijacked by the state to get children institutionalized on criminal databases at an early age. This is about the state dictating what your child can think and say – it’s the thought police on steroids.

Orwell talked about the state reducing language via Newspeak in his book 1984. By eliminating the very words that come out of children’s mouths and punishing them for thinking certain thoughts, all critical thinking is ultimately abolished, and Big Brother assumes the supreme power to dictate reality – a dictatorship over our very minds.