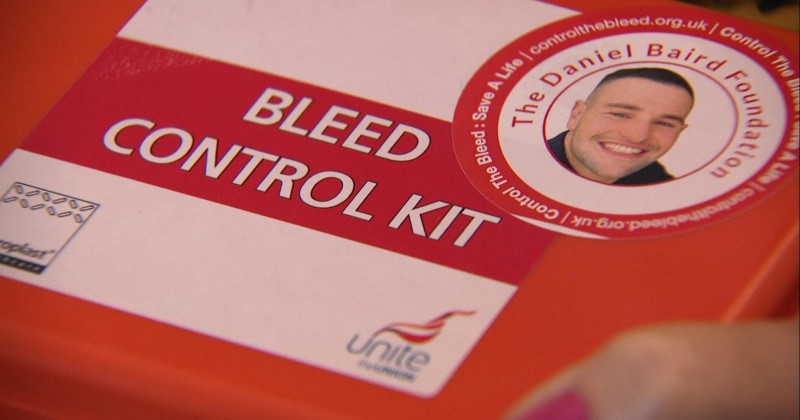 320 ‘bleed control kits’ are to be given to bars in the City of London as the UK capital’s knife crime epidemic continues to soar.

The kits will be handed out by City of London police across the 1.12 square mile center of the city at a cost of £25,000.

Authorities said they were “proud” to launch the initiative, with David Lawes, Chief Superintendent of the City of London Police, telling Sky News that the decision was a “no brainer.”

“This is a really, really simply piece of kit which can make a big difference. Particularly with the most catastrophic bleeds, if you don’t get help in the first few minutes the person will almost certainly die,” said Lawes.

“The kits contain tourniquets, trauma bandages, adhesive chest seals and foil blankets, and can help treat both knife and gunshot wounds. Bar staff will be trained in their use, so that victims of violent crime will not bleed out before an ambulance can reach them,” writes Jack Hadfield.

Knife crime in the City of London jumped by 43% over the last year while in that same time period England saw a record high of 43,000 knife crimes across the country.

Violent crime levels show little sign of coming down as authorities refuse to tackle some of the core reasons for the bloodshed, which include broken families, weakened police powers and mass migration.