As America’s undetectable firearms ban is expiring within less than a month, the country’s law enforcement united with lawmakers to label 3D-printed arms a national security threat – with over 300 million steel-made guns scattered throughout the US.

The Undetectable Firearms Act, due to expire at midnight on December 9, was passed in 1988 and renewed twice, in 1998 and 2003. The law demanded all gun manufacturers producing firearms with plastic to ensure that at least a part of the weapon contains enough steel to trigger a metal detector.

But the boom in 3D printing technology has become a game changer that could potentially revolutionize not only the firearms market – 3D-printing is starting to flourish in many high-tech fields, such as medicine, space exploration and military.

Yet these developments in technology don’t excite everyone, particularly after the first all-plastic gun, the ‘Liberator’, was presented to the public by a Texan inventor earlier this year.

The Bureau of Alcohol, Tobacco, Firearms and Explosives organized a press-conference on Wednesday, where agents spoke out against plastic guns, saying they present an unprecedented challenge for law enforcement.

The results of the tests of the imperfect first plastic gun presented at the media event have confirmed that the Liberator is certainly a deadly weapon.

“The bottom line is, the penetration results demonstrated that the Liberator is a lethal weapon,” said Earl Griffith, chief of the firearms technology branch at the federal Bureau of Alcohol, Tobacco, Firearms and Explosives. “The .380 bullets fired from the Liberator penetrate sufficiently to reach vital organs and perforate the skull.”

A number of lawmakers have called to ban plastic guns, with Republican Congressman, Steve Israel, presenting a bill on the matter demanding that any plastic gun contain a compulsory steel component.

“Back then, in 1988, the notion of a 3D plastic gun was science fiction,” Senator Israel said. “Now, a month away, it is reality.”

“The expiration of this law, combined with advances in 3D-printing, make what was once a hypothetical threat into a terrifying reality,” declared Schumer. “We are actively exploring all options to pass legislation that will eliminate the problem,” he promised.

“It does create a public-safety concern… whether we appear in court, whether we get on an airplane, whether we go to a concert — any type of venue, it presents a challenge for law enforcement,” said Richard Marianos, an official with the Bureau of Alcohol, Tobacco, Firearms and Explosives. Plastic guns can defeat security procedures “that have been tried and true for the last 30 years,” he said, as quoted by the Wall Street Journal.

It is true that modern X-ray scanners, like those installed in airports, do make visible anything suspicious, but not every federal building or a facility hosting mass sporting events possesses that kind of equipment; they usually make do with metal detectors. So undetectable guns would become a serious security breach.

To be fair, ATF officials acknowledged, there haven’t been any known cases of a person being shot with a plastic gun in the US so far, nor has anyone been under criminal investigations for possession of a plastic gun, except for California police recently killing a 13-year-old boy ‘armed’ with a plastic AK-47 replica.

Plastic weapons are expensive to produce, too; a 3D printer capable of making an operable gun could cost $100,000 or more, if you want a 3D-printed weapon made of metal alloy.

The quality of an undetectable plastic gun is still an open question, as experts trying one of them found out it could kill at both ends, if the plastic used is of a poor quality.

And despite all this, 3D-printing is technology of the 21st century that can truly make production of sophisticated equipment a matter of creativity and inspiration, rather than following the demands of quarterly sales and marketing plans.

The NASA has already tested a 3D-printed rocket engine injector, a component sustaining extreme pressure and temperature, with lesser parts, which simply cannot be produced using a traditional technological cycle.

It is true that US lawmakers could change legislation and put the brakes on the development of 3D-printed firearms, which today are to a great extent made of innovative plastics and ceramics. How this is going to influence America’s aspirations to always be ahead of the world is yet to be seen.

At the moment plastic guns are unlikely to pose any more threat to American society than the estimated 300 million + conventional weapons already owned by Americans. 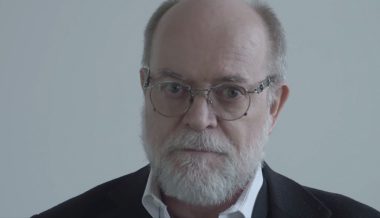 Bernie Sanders Drops Out Of 2020 Race