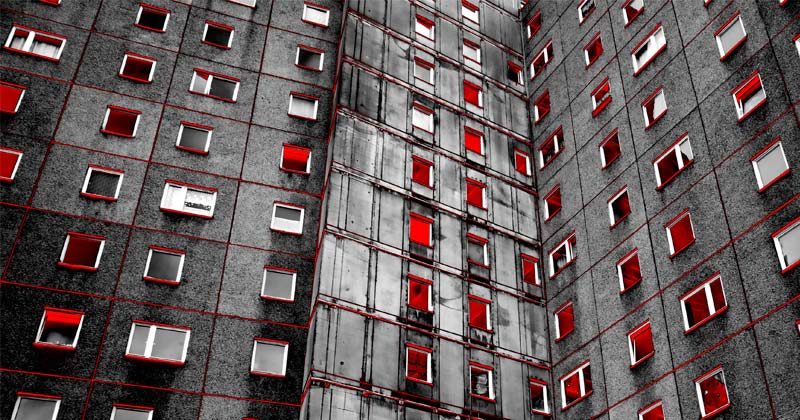 The newfound openness of large numbers of Americans to socialism is, by now, a well-documented phenomenon.

According to a Gallup poll from earlier this year, 43% of Americans now believe that some form of socialism would be a good thing, in contrast to 51% who are still against it. A Harris poll found that four in ten Americans prefer socialism to capitalism. The trend is particular apparent in the young: another Gallup poll showed that as recently as 2010, 68% of people between 18 and 29 approved of capitalism, with only 51% approving of socialism, whereas in 2018, while the percentage among this age group favoring socialism was unchanged at 51%, those in favor of capitalism had dropped precipitously to 45%. The same poll showed that among Democrats, the popularity of socialism now stands at 57%, while capitalism is only at 47%, a marked departure from 2010 when the two were tried at 53%. A YouGov poll from earlier this year showed that unlike older generations, which still preferred capitalist candidates, 70% of millennials and 64% of gen-Zers would vote for a socialist.

The question is why socialism now? At a time when the American economy under Trump seems to be chugging along at a nice clip, why are so many hankering for an alternative? I would suggest four factors contributing to the situation.

Factor #1: Ignorance of History
The first cause of socialism’s popularity, especially among the young, is an obvious one: having grown up at a time after the end of the Cold War, the collapse of Europe’s Eastern Bloc and China’s transition to authoritarian capitalism, “these kids today” — those 18 to 29 year-olds who were born around the last decade of the 20th century — don’t know what socialism is all about. When they think socialism, they don’t think Stalin; they think Scandinavia.

Americans’ — and especially young Americans’ — ignorance of history is well-documented and profound. As of 2018, only one in three Americans could pass a basic citizenship test , and of test-takers under the age of 45, that number dropped to 19%. That included such lowlights as having no clue why American colonists fought the British and believing that Dwight Eisenhower led the troops during the Civil War. Speaking of the war during which he actually led the troops, many millennials don’t know much about that one either. They don’t know what Auschwitz was (66% of millennials in particular could not identify it). Twenty-two percent of them had not heard of the Holocaust itself. The Battle of the Bulge? Forget it. Go back further in time, and the cluelessness just keeps deepening. Only 29% of seniors at U.S. News and World Report’s top 50 colleges in America — the precise demographic that purports to speak with authority about America’s alleged history of white supremacy — have any idea what Reconstruction was all about. Only 23% know who wrote the Constitution. So much for any notion that this is the most educated generation ever.

Closer to the theme — socialism — the same compilation of survey results includes the attribution of The Communist Manifesto’s “from each according to his ability; to each according to his needs” to Thomas Paine, George Washington or Barrack Obama. Moreover, among college-aged Americans, though support for socialism is pretty high, when these same young adults are asked about their support for the actual definition of socialism — a government-managed economy — 72% turn out to be for a free-market economy and only 49% for the government-managed alternative (yes, it looks from those numbers like there are a lot of confused kids who are in favor of both of the mutually exclusive alternatives). As compared to about a third of Americans over 30, only 16% of millennials were able to define socialism, according to a 2010 CBS/New York Times poll. And though I haven’t seen polling on this, I’d be willing to bet that a good bunch of these same students, if asked to say what the Soviet Union was, would have no clue or peg it as some sort of vanquished competitor of Western Union.

Compounding the problem still further is that the history that students are being taught increasingly falls into the category of “woke” history , America’s history of oppression as imagined by the influential revisionist socialist historian Howard Zinn . When socialists are writing our history books, the end result is preordained.

Given such ignorance and systematic distortion of history, is it any surprise that millennials who never lived through very much of the 20 th century don’t think socialism is all that bad?

Factor #2: Government Bungling
When we try to explain the socialist urge, we cannot lose sight of the fact that our government keeps interfering in the economy in ways that give people every reason to think the system is corrupt and needs to be trashed.

Take the skyrocketing cost of college, for instance. On the surface, this looks like greedy capitalist universities just keep on raising tuition, and since most college kids and their parents can’t pay the sticker price, almost 70% take out loans , saddling young people trying to start their careers with a mountain of debt (almost $30,000 on average). This results in all those socialist promises of free college or loan forgiveness sounding dandy. Underneath the surface, however, a huge part of the problem is federal grants and subsidized loans. If the government stopped footing a large part of their bill, more students and parents would be forced to pony up, which would mean, in turn, that colleges would not be able to keep hiking their prices without seeing a precipitous drop in enrollment. They would, instead, be forced to price themselves at some level that applicants could realistically pay, making college more affordable for a large segment of the American middle class.

Another simple example of the problem is Obama’s Emergency Economy Stabilization Act of 2008, colloquially known as the big bank “Bailout.” When kids grow up seeing government tossing out free lifelines to businesses that get themselves in dire straits, cause a massive financial crisis and, in the process, lose ordinary folks lots of jobs and homes, we can’t blame them for concluding that the system is rigged.

There are many more examples where these came from — our government frittering away trillions on foreign wars that increase instability throughout the world and end up costing us even more as we scramble to clean up our own messes is one expenditure that comes readily to mind — but the point is this: the more the government interferes in the economy to help out vested interests, the more reason many of us will see to ask government to interfere in the economy to help out the rest of us. The more reason we give anyone to think that capitalism means crony capitalism, the more they’ll clamor for socialism.

Factor #3: Universities’ Ideological Monoculture
The supporters of socialism are not simply the young, but rather, disproportionately those among the young who are college-educated. And the more college they have, the hotter for socialism they get. According to a 2015 poll , support for socialism grows from 48% among those with a high school diploma or less to 62% among college graduates to 78% among those with post-graduate degrees. Those on the left probably stop thinking hard about now and jump immediately to the conclusion that support for socialism is just a natural outgrowth of big brains and elite educations. But there is, in fact, a less obvious but ultimately far more compelling explanation that also manages to account for the general fact that more education correlates with more leftism: something — something bad — is happening at universities themselves to pull students toward the (far) left.

We have already seen above that what’s not happening at universities, even elite universities, today is a whole lot of education in important subjects like history. What we are getting instead is a lot of groupthink and indoctrination. Universities have always skewed a bit left. But beginning in the early to mid 1990s (for reasons I’ve explained in some detail elsewhere ), ideological diversity began to vanish entirely, as the leftward deviation turned tidal. As documented in a 2005 paper from Stanley Rothman et al., as of 1984, 39% of university faculty were left/liberal, and 34% were right/conservative. By 1999, those numbers had undergone a seismic shift: faculty was now 72% left/liberal and 15% right/conservative. Since 1999, the imbalance has become starker still. A comprehensive National Association of Scholars report from April 2018 from Prof. Mitchell Langbert of Brooklyn College, tracking the political registrations of 8,688 tenure-track, Ph.D.-holding professors from 51 of U.S. News & World Report’s 66 top-ranked liberal arts colleges for 2017, found that “78.2 percent of the academic departments in [his] sample have either zero Republicans, or so few as to make no difference.” Predictably, given the composition of the professoriate, survey data also indicates that students’ political views drift further leftward between freshman and senior year.

In light of this data, it should not be a surprise to us that students who have gone to college in this age of ideological extremism have come out radicalized and … socialized.

Factor #4: Coddled Kids
The young have always been more inclined to embrace pipe dreams — a lack of familiarity with the complicated way in which the world actually works, coupled with the college fix described above, will do that to most anyone — but there is a reason the mindset of today’s young’uns is particularly susceptible to the red menace. In last year’s The Coddling of the American Mind, the prominent social psychologist Jonathan Haidt and FIRE’s Greg Lukianoff describe the species of overprotective parenting and instilling of baseless and uncritical self-esteem by parents and educators alike that came to prevail as kids were growing up in the 90s and 00s. When we are raised in the belief we are wonderful just as we are, we never learn the critical life skills of self-soothing, working through anxiety, facing obstacles and overcoming adversity. The predictable result, as Haidt and Lukianoff observe, is a demand to be safeguarded — safe spaces, free speech crackdowns and so on. The state appears to many as the appropriate institution to provide this sort of “safety.”

If these four are the primary causes of socialism’s rapid surge in our midst, then the next logical question is what to do about it. There is no easy answer, of course, but I would suggest that the radicalization of academia is the lynchpin issue. If we could succeed in reversing that tsunami, many dominoes would fall: we would be addressing the university monoculture that systematically distorts research, sends students veering hard left and graduates generations of left-orthodox clones who find their way into journalism, government, education, entertainment and other influential sectors driving public opinion and shaping the other three downstream issues factoring into socialism’s rise: government policy, educational philosophy and the manner in which history is taught. Many have observed that our universities are in crisis, but that crisis also represents an opportunity to avert the much larger socialist cataclysm that threatens to engulf us all.

Michale Graves of https://officialmichalegraves.com/ and former singer of The Misfits joins The Alex Jones Show to break down the details of the deep state takeover of the population and urge others to take action against it.