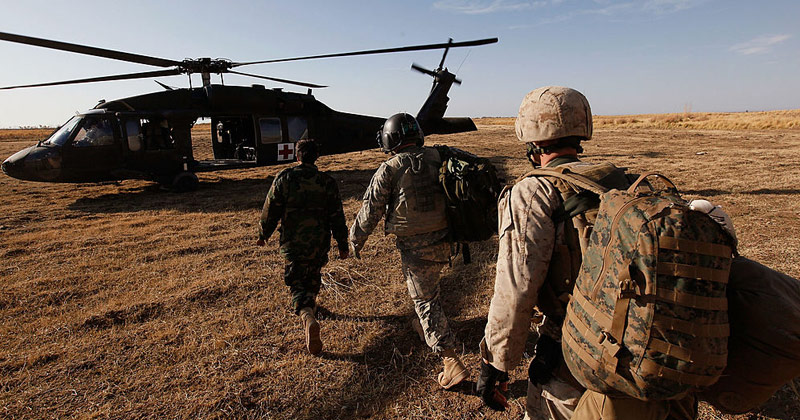 Three U.S. defense officials told Fox News on Tuesday that the U.S. Army’s 82nd Airborne Division’s alert brigade has been given orders to deploy to Kuwait amid the social unrest in Baghdad.

Even though all supporters of Iran-backed militias have withdrawn from the heavily fortified U.S. Embassy in Baghdad on Wednesday, the reinforcement of U.S. troops could be imminent.

Defense Secretary Mark Esper said in a statement on Tuesday that 750 troops are immediately deploying to the Middle East because of the attack on the U.S. embassy.

The US says it’s sending 750 troops to Iraq after its embassy in Baghdad was stormed by protesters.

Esper said he had authorized the deployment of an infantry battalion from the Immediate Response Force (IRF) of the 82nd Airborne Division.

“This deployment is an appropriate and precautionary action taken in response to increased threat levels against U.S. personnel and facilities, such as we witnessed in Baghdad today,” Esper said in a statement.

Apart from the rapid deployment, the three sources told Fox that approximately 4,000 paratroopers could be deployed to the region in the coming days.

There are 5,000 US troops currently stationed in Iraq supporting local forces, among the more than 60,000 troops positioned in military bases across the Middle East.

President Trump blamed Iran for the attack on the U.S. embassy in Baghdad in a tweetstorm on Tuesday.

“Iran killed an American contractor, wounding many. We strongly responded, and always will,” tweeted Trump. “Now Iran is orchestrating an attack on the U.S. Embassy in Iraq. They will be held fully responsible.”

“In addition, we expect Iraq to use its forces to protect the Embassy, and so notified!” he added.

Trump said, “….Iran will be held fully responsible for lives lost, or damage incurred, at any of our facilities. They will pay a very BIG PRICE! This is not a Warning, it is a Threat. Happy New Year!”

It appears that Trump isn’t pulling out of the Middle East after all, but rather a massive surge in troops into the region could be seen in the coming days. Is conflict with Iran nearing?