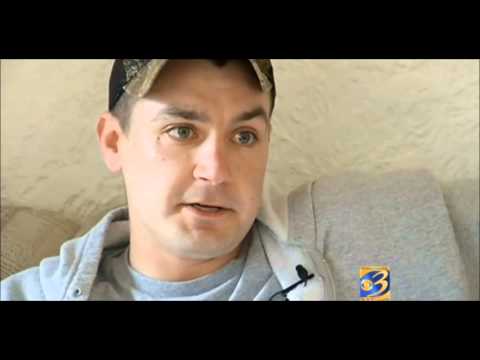 Let’s face it, we all make mistakes. Mistakes made by militarized police forces, however, are exponentially worse than others.

Police claim no knock SWAT raids, typically conducted under the cover of darkness, are needed for a tactical and investigatory edge.

But for whatever reason, lack of training, faulty intelligence, or simply inept buffoonery, many police departments in America just can’t seem to get them right.

Here is a small sampling of some outrageous botched SWAT raids that occurred just this year.

Back in May, a Michigan SWAT team provided a small Kalamazoo family fresh inspiration for nightmares after they broke down the door to the wrong home.

Police were looking for an armed drug dealer, but wound up smashing in on an innocent family who thought they were being burglarized.

Jeremy Handley says masked men entered his home through the back door and ordered him and his wife to the floor at gunpoint while they handcuffed and searched them.

“He had me sprawl out right here on the floor, and then he had me put my hands behind my back,” Handley said, all the while thinking he was being robbed.

After turning the place upside down looking for drugs, police realized they had the wrong house. The whole menacing affair emotionally traumatized the Handley children, leaving them suffering nightmares.

Police hoped there were no hard feelings and gave Handley’s children a few stuffed animals to make up for the terror-filled night.

4. Apartment Number Screw Up Leads Police to Break in on Young, Half-Naked Mother

In April, we highlighted the story of a SWAT team that battered down the door to the wrong house in Bakersfield, California, ordering a young mother to the floor just as she was about to jump into the shower.

Jessica Walker said her kids would likely need therapy after police mistook their home that night for that of the drug dealer next door.

Walker says she put her kids to bed and had undressed from the waist up before getting ready to bathe when she heard her dog begin barking. Police next battered down her door, pointed guns in her face and told her to get down.

“They were right there telling me, ‘Come down with your hands up, get down!’ and I’m like, ‘Oh my God, what’s going on.’ My, uh, area was out,” Walker said motioning her hands over her chest.

In a testament to gumshoe detective work, police in that instance stormed apartment “A,” but were supposed to have been at “B.”

Also in April, the topnotch detective skills of the Virginia State Police led them to terrorize a 75-year-old grandmother, whom they bound with twist ties and interrogated as they searched her home for drugs.

“I thought it was somebody just breaking in to rob me and kill me,” Henrico resident Ruth Hunter recounted to CBS 6. “… [They] Took my hands and handcuffed me with the ties because they told me I was under arrest, and then after they handcuffed me that’s when they proceeded to ask questions.”

When all was said and done police moved on to another apartment and arrested someone else.

In that case, police were supposed to be at apartment “E,” but somehow went to “G” instead. However, despite the clear mixup, police did not offer Ms. Hunter an apology.

“I’m very irritated and angry, he never said I’m sorry, never apologized for having the wrong house… he said you got to get someone to fix that door,” Hunter said.

In one of the more publicized and destructive no-knock raids of this year, a toddler had to be placed in a medically-induced coma after police proceeded to launch an assault on the home of a suspected drug dealer, supposedly unaware that children were inside.

In late May, after reportedly purchasing drugs from the location, Habersham County deputies descended on a home in Cornelia, Georgia, where a family with children was visiting from Wisconsin.

Police tossed a stun grenade inside the home.

“It landed in his playpen and exploded on his pillow right in his face,” the boy’s mother said. The blast left him with face injuries and several third degree burns.

“There’s still a hole in his chest that exposes his ribs,” says his mother. “At least that’s what I’ve been told; I’m afraid to look.”

Police say they would have acted differently had they known children were inside.

Last month, a meth head’s bad tip led police to conduct a late night, no knock raid`on the home of David Hooks, killing him within moments of entering his home.

Hooks had been the victim of recent burglaries and car theft.

When the man who stole Hooks’ SUV told police he found a bag of meth inside the vehicle, police decided to raid Hooks’ home.

Hooks’ wife mistook mysterious figures outside of their home for robbers and woke her husband, who grabbed an unloaded shotgun to defend himself.

“David and Teresa were under the impression that the burglars were back and that a home invasion was eminent,” the Hooks’ family attorney Mitchell Shook, said. “David armed himself to protect his wife and his home. Despite the fact that the illegal search warrant did not have a ‘no knock’ clause the Drug Task Force and SRT members broke down the back door of the family’s home and entered firing in excess of 16 shots.”

Despite the meth head’s tip and a 44-hour search of Hooks’ home, no drugs were found.