Ron Paul is not simply the anti-war candidate. He is also the national security candidate. This is an important truth that is overlooked.

Washington’s Blog shined a light on the real reasons for America’s endless wars in the article, “Are The Middle East Wars Really About Forcing the World Into Dollars and Private Central Banking?”

Ron Paul is the world’s biggest opponent of private central banking, the fiat dollar system, and the endless war on terror. His resistance has a moral dimension for sure, but his main argument is that America has not benefited from the wars either economically, militarily, or politically.

Throughout his presidential campaign Dr. Paul has repeated the point that America’s national security and economic health are being ruined by Washington’s multiple unsustainable and costly wars.

1. Dr. Paul agrees with senior members of the U.S. Military that a war against Iran is a bad idea, and with the U.S. intelligence community that Iran does not have a nuclear bomb. His political foes in his party are confusing America’s national security interests with Israel’s national security interests. And in doing so, they are severely undermining the economic health and security of the United States.

2. Dr. Paul’s opposition to the indefinite detention provisions in the 2012 National Defense Authorization Act (NDAA) are grounded in the belief that unconstitutional laws threaten America’s national security. Earlier this week, he introduced legislation to repeal the section of the NDAA that allows the military to snatch up American citizens in the night and keep them hostage in secret prisons without trial. This government power will be abused and the social fabric of America will be destroyed. As Washington’s Blog stated in an article headline,“Indefinite Detention Hurts Our National Security and Increases the Risk of Terrorism.”

Dr. Paul has done the most among political leaders in raising public awareness about the rapidly growing U.S. national debt and the risks of U.S. bankruptcy. He is the only true anti-debt candidate, which proves that he truly cares about the economic security and social well-being of America, unlike every other Republican candidate and President Obama.

“If we spread ourselves too thin around the world were not gonna be able to defend the homeland, particularly with the level of debt that we have right now. It’s foolish for us to think that we can have military bases all over the world, spend billions of dollars when we’re going broke back home. It just isn’t gonna happen.”

4. Ron Paul’s defense of America’s national security begins at the borders. He says as President he will protect America’s borders and restore the legal paths to citizenship in the United States. His pro-legal immigration/pro-border security platform is in line with the true values and national security interests of America.

America would not be America without a free press and an armed citizenry. If both were destroyed, which is a very real possibility if internet censorship and police state legislation are not resisted, then the fire of liberty that is America will be extinguished forever. 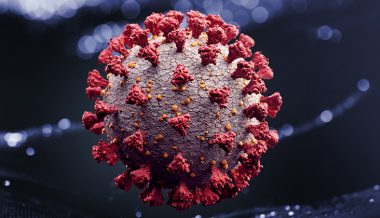