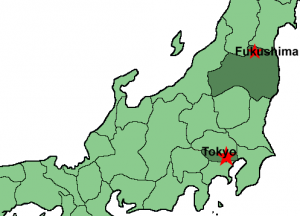 Planet Earth has experienced a very noticeable up-tick in earthquake activity and intensity over the last five years. Leading up to the great Japan quake, we’ve witnessed the utter devastation from the 2004 Indian Ocean megathrust earthquake and tsunami, the catastrophic Haiti quake, an axis-moving Chile quake in 2010, massive and multiple quakes in New Zealand, and record earthquake swarms hitting Yellowstone and the New Madrid Fault line in middle America culminating with the worst earthquake in 35 years to hit the area, and many more.

The devastating effects on human civilization are on full display in the most recent 8.9 earthquake in Japan. The powerful quake and corresponding tsunami showed that not even a fully developed nation with the world’s third largest economy can withstand nature’s fury. This was also evident in the New Zealand quakes which continue to demolish the first-world city of Christchurch.

Evidence of increased tectonic activity aside, the great Japan quake of 2011 will go down as the event that finally woke up humanity from their slumber to recognize the potential damage quakes can and will cause. The huge quakes in Haiti and Chile last year indicated the power of such activity, but the effects of the nuclear meltdown happening in Japan will likely have global consequences that force society to challenge our conventional path.

This new awareness of our fragile existence in the face of such powerful forces of nature has brought about many theories as to why earthquake activity is increasing. Many will brush it off as natural occurrences without understanding that everything in nature is caused by something, whether or not it can be seen or measured. Indeed, we are witnessing many earth changes happening for the first time in modern history. And perhaps all of these anomalies are connected in some way, or at least compounding nature’s recent wrath.

Here are five theories as to the cause of increased earthquake activity:

Solar and Lunar Activity: Meteorologist and astrophysicist Piers Corbyn claims a combination of solar activity and the extreme lunar cycle is the cause of the increased earthquakes. He’s not alone. On March 9th, NASA reported a powerful solar flare, an X1.5-class explosion from behemoth sunspot 1166 around 2323 UT, which they said would cause ‘global disturbances’. On March 10th, Space.com posed the question “Will March 19 ‘Supermoon’ Trigger Natural Disasters?” The very next day, the third largest earthquake ever recorded struck Japan. Many scientist have speculated the “Supermoon”, set for peak arrival tomorrow, is causing gravitational disturbances because it is the closest the celestial body has been to the Earth in 18 years.

Pole Shift:
As the magnetic pole continues to wander rapidly toward Russia, it has led to speculation that this might be leading to the record number of earthquakes seen in 2010, as well as the recent mega-quakes. According to proponents of this theory, pole shift is a geomagnetic event that exerts pressure on the Earth’s tectonic plates. As the pole wanders, the core and plates realign producing fluctuations and great upheaval until the crust can stabilize. The lights in the sky that have been recorded just prior to earthquakes may be evidence of the natural harmonic activity of the geomagnetic flux.

HAARP:
Researchers into the potential for earthquake creation cite HAARP and its various counterpart arrays around the world as a principal theory for recent mega-quakes such as those in Haiti, Chile, and now Japan. HAARP is a billion watt microwave that bounces frequencies off the ionosphere. Admitted functions are for ground penetrating radar, which some believe is a dangerous application that involves using frequencies that can disrupt the Earth’s natural magnetic field. In fact, the Department of Defense gave a briefing on the subject while discussing weapons of mass destruction in 1997. As observable evidence of such atmospheric tampering, researchers point to the correlations between visual anomalies such as colorful light displays and a characteristic wave pattern with a “punch hole” evident in cloud formations associated with these recent mega-quakes.

Climate Change: Some climatologists believe that shifting ice caps can have an effect on tectonic activity because the massive weight of the ice is changing locations. Global warming alarmists have sought to pin the great Japan quake on the disappearing ice, however they seem to lose some credibility as polar ice is actually increasing according to U.S. Navy Polar Ice Prediction System. Yet, it seems feasible that even shifting ice, which appears to be moving in the direction of the North Pole shift, may indeed affect the flotation of the earth’s outer crust. This could conceivably cause some tectonic movement and be partially related to some earthquake activity.

Gas Fracking: Since September of 2010, nearly 800 earthquakes rattled Arkansas and the New Madrid Fault Line. The entire state only experienced 38 quakes in 2009. Hydraulic fracturing is the most likely cause of increased earthquakes. Hydraulic fracturing (fracking) pumps water and chemicals into the ground at a pressurized rate exceeding what the bedrock can withstand, resulting in a microquake that produces rock fractures. A close look at Arkansas’ history of earthquakes and drilling reveals a shockingly noticeable surge in quake frequency following advanced drilling. Although, fracking is now a global technique for finding natural gas, it’s unlike to be the cause of major earthquakes in Japan, New Zealand, Chile, or Haiti.