The Communist Chinese often accuse the U.S. of hacking, censorship, meddling with other countries, propaganda and “not doing its part” with immigration, while China routinely and openly does it all.

Here’s a list of China’s hypocrisies laid bare as it fuels a coup on US soil against President Trump:

1. Attacks sovereignty of U.S. and other nations

China often accuses the U.S. of meddling in other countries’ affairs, while failing to mention that it’s busy buying up Hollywood studios and waging a “holistic” cyber-economic campaign to infiltrate American politics, finance, information technology and energy.

State-run newspaper China Daily quickly flexed the national sovereignty muscle after Trump spoke with Taiwan’s president last December, warning that China would “have no choice but to take off the gloves” if Trump didn’t respect the “One China” policy.

China loves its sovereignty, but has little regard for the sovereignty of neighboring countries like Vietnam or the Philippines, since China’s been seizing major shipping lanes and claiming a stake in the disputed South China Sea by creating artificial islands laden with anti-aircraft and other weapons systems.

Additionally, the communists have controlled Tibet since 1949 by claiming the region has been a Chinese vassal for the past several centuries despite evidence suggesting otherwise.

“So long as the mainstream media is free and open, online rumors would do no harm in the big picture – isn’t that the consistent argument in the West?” writes the Global Times, a Communist Party publication.

While the efforts to stop Trump failed, the tech elite are still proceeding with internet censorship to prevent future Trump-style populists from blocking their globalist agenda, such as French presidential candidate Marine Le Pen.

“On Feb. 6, 2017, Google News Lab announced CrossCheck, a new ‘Fake News’ project billed as a collaborative effort between journalists, newsrooms and social media companies that appears aimed at censorship so as to impede the chances of Le Pen of to win the French presidential election,” reported Jerome R. Corsi. “In a press release dated Feb. 6, 2017 Google announced from Paris a partnership between Google News Lab and First Draft to help ‘the French electorate make sense of what and who to trust in their social media feeds, web searches and general news consumption in the coming months.’”

In addition, Twitter is now reportedly censoring positive responses to tweets sent out by President Trump.

Considering that a recent Stanford and New York University study concluded that “fake news” had no impact on the 2016 U.S. election, it seems that China is simply promoting another technique for the power elite to maintain dominance over society.

China has been busy investing heavily into America’s film industry by buying major stakes in all six major Hollywood studios with the aim of transforming Hollywood into a propaganda tool to promote Chinese interests while also diminishing American values.

The latest example of this is the upcoming Chinese-backed dystopian film ‘Little America’ which seeks to mock Trump’s presidency and America’s place in the world.

In the film, a former American Force Recon member who is hired by a Chinese billionaire to infiltrate an American ghetto and rescue his daughter.

These efforts to portray Trump as a weak leader responsible for America’s downfall is no coincidence, and neither is the portrayal of China as the real controller of America.

“The government and some leading companies claim they want to promote China’s image around the world – both by squashing negative portrayals and promoting positive ones,” said author Mercy Kuo. “That goal seems short-sighted at best.”

In 2015, Chinese media lectured the U.S. to take in as many Muslims migrants as possible while abdicating any responsibility themselves, saying that “many Chinese people are still living in poverty and that the refugees won’t want to come to China anyway.”

That same year, China began to crack down on Islam following the Charlie Hebdo massacre by banning the hijab, banning men with long beards from riding public transportation, and mandating that Islamic restaurants sell alcohol and cigarettes – which has resulted in some non-Muslims being assaulted for even asking for these items.

China often accuses the U.S. of hacking, but just last year China has been caught hacking the Pentagon, other national security agencies and email accounts of US officials.

Just last December, the FBI investigated a breach into the FDIC (Federal Deposit Insurance Corporation) and found that China’s military had been hacking the agency since 2010.

“If you have no definitive proof, then it is very hard for you to judge where the attacks really come from,” Chinese Foreign Ministry spokeswoman Hua Chunying said when asked about the ongoing investigation.

China: Defender of the Globalist Faith

At the Davos meeting last month, China’s President Xi Jingping presented his country as the emergent leader of the globalist model in which a tiny, unelected elite controls the world’s population, national resources and wealth.

Communist China is already a microcosm of that model.

“Clearly it signals that Chinese leader Xi Jinping is now interested in writing both China and himself in a grander way on the global diplomatic horizon,” said Orville Schell, director of the Center on U.S.-China Relations at the Asia Society. “He feels it’s time to really come out. Behind that probably is an assumption and wishful thinking that the U.S. is in disarray, Europe is feckless, and so on.”

“He’ll be received almost as the number one citizen at Davos.” 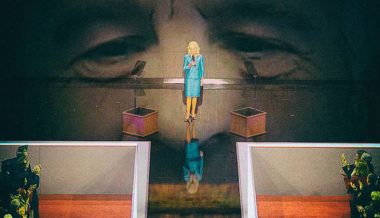