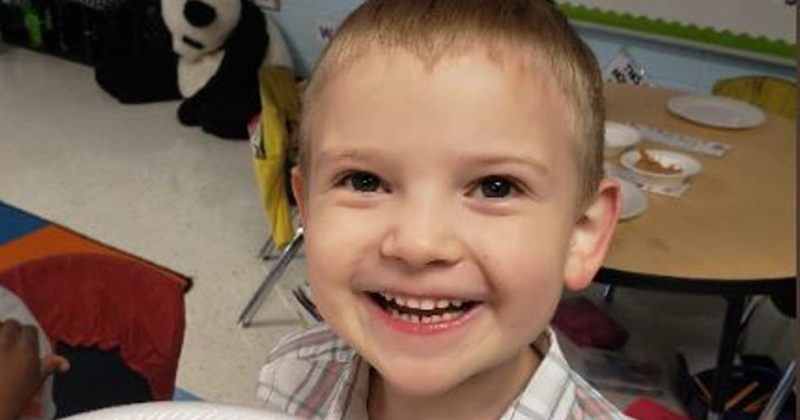 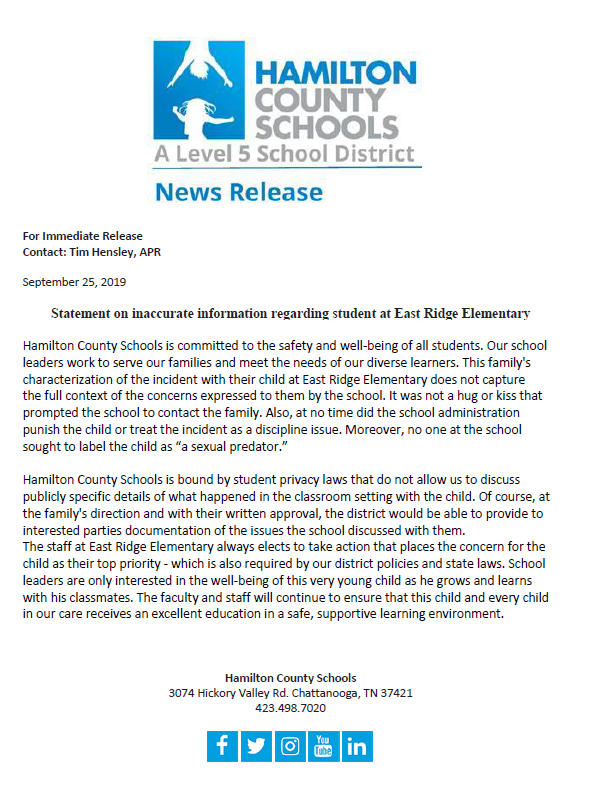 A kindergartner in Tennessee is being branded a “sex offender” for hugging one classmate and kissing another on the cheek.

“The principal says the school staff has talked with him several times.”

“His guardian says the school has filed a report with the state.”

“I was sick to my stomach,” Nathan’s guardian Summery Putnam said. “The teacher called me and she said, ‘You need to have a talk with Nathan about boundaries.’”

“If you don’t understand how autism works, you’ll think he’s acting out or being difficult,” Putnam continued. “But, that’s not the situation.”

Nathan’s grandmother Debi Amick chimed in on Facebook, asking, “What do you do when a 5 year child is being labeled a sexual predator and accused of sexual harassment by the school system?”

“He shouldn’t be treated like this. The kid doesn’t even understand what sex is,” she argued.

A Hamilton County Department of Education spokesperson released a statement, saying, “School personnel are required to concerns regarding children to the Department of Child Services (DCS). It’s up to DCS to determine if those reports are acted on by DCS and what form those actions may take.”

Nathan has been removed from his original classroom, has a new teacher and is now in a special education class.