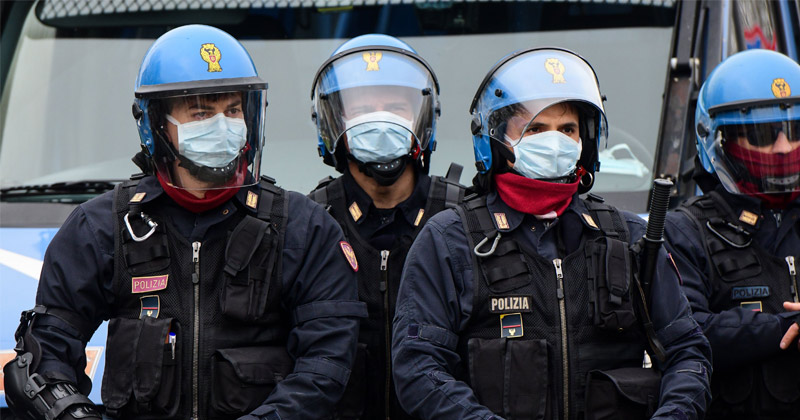 A prison riot reportedly broke out Sunday afternoon at an Italian prison in the city of Modena that has left six dead, according to the Italian newspaper Corriere di Bologna.

The riot, which started at around 2 pm local time, started when about 60 inmates decided to set the prison on fire in an attempted mass escape reportedly inspired by the coronavirus quarantine crackdown. Inmates were reportedly told that family members wouldn’t be allowed to visit during the quarantine (remember what happened in those Chinese prisons?). This left dozens furious and, in an overcrowded prison, that type of rage can spread quickly.

Inmates demands for more information about policies being put in place to suppress the virus certainly helped spark the riot, but local officials were careful to characterize the riot as something that happened “in addition” to the outbreak, not because of it, while critics noted longstanding issues like overcrowding contributed to the unrest.

Shortly after prisoners overwhelmed the guards, a contingent of police arrived, sparking a confrontation that led to an hours-long faceoff.

While six have been killed so far, more fatalities are expected, as dozens were badly wounded in the fighting, while others reportedly overdosed on medications like methadone and benzodiazepines as prisons apparently raided the prison hospital and stole all the methadone and Xanax they could find. Authorities insist that half of the six deaths so far could be attributed to overdoses, though that sounds…somewhat suspicious to us.

According to Corriere, the police intervention stopped 500 prisoners from escaping. On Italian twitter, reports that the 500 prisoners had escaped were being reported as fact.

We hope to learn more about the riots later in the day. But will this uprising inspire others across the locked-down north?