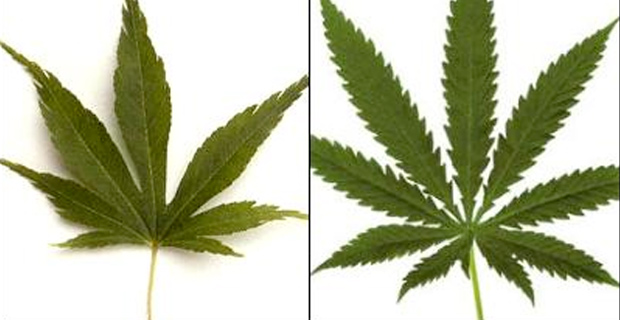 A Virginia couple is suing their son’s middle school after he was wrongly accused of possessing marijuana, a false allegation that set off a chain of events that ultimately degraded the student’s mental well-being.

Parents Linda and Bruce Bays have a federal lawsuit pending against the Bedford County Schools and the Bedford County Sheriff’s Office for wrongfully pinning a marijuana charge on their son, a participant of the school’s gifted-and-talented program.

They aren’t sure how a lighter and a leaf ended up in their 11-year-old’s backpack, but they’re positive the extent of his punishment doesn’t fit the alleged crime.

For one, field tests of the leaf, identified as marijuana by school officials and the county sheriff’s office, came back negative three times.

“Essentially they kicked him out of school for something they couldn’t prove he did,” the family’s lawyer Melvin Williams says, commenting on the boy’s 364-day suspension.

Back on September 22, the Bays’ son, identified as R.M.B. in court documents, was summoned to the principal’s office where he was interrogated and asked to empty the contents of his backpack.

Assistant Principal Brian Wilson began by asking “if he had anything he shouldn’t have. He said, ‘No,’” according to a report from The Roanoke Times.

The principal then opened a zipper on the front of the boy’s bag that revealed a lighter and a leaf.

R.M.B.’s parents were told their son was showing off the items to other students in class and inside a bathroom claiming the leaf to be marijuana, which the student denies.

School officials, however, didn’t hesitate to exercise the full authority of Virginia’s zero-tolerance laws, moving to suspend the student for a year.

The Bays’ lawsuit also names the school’s resource officer, Deputy M.M. Calhoun, who issued a false testimony before a judge.

“The field test came back not inconclusive, but negative,” says Williams, adding, “Yet she went to a magistrate and swore he possessed marijuana at school.”

Despite the absence of evidence, R.M.B. was ordered to attend an alternative school full of problem children and ne’er-do-wells.

Additionally, R.M.B. would be forced to endure bag searches upon entering and leaving the school each day, which didn’t sit well with his parents, who got the school to agree to allow him to take homeschool classes following a strictly timed regimen.

The Bays say the events left their son worse for wear, and he began to fall into an emotional slump.

After the school suspected R.M.B. of having substance abuse problems, he was ordered to see a psychiatrist for an evaluation, who found him to be suffering from panic attacks and depression.

Having no evidence to stand on, the county prosecutor dropped the case against R.M.B.; however, he would still have to follow the school’s orders to attend the alternative school, apart from his peers friends and extra-cirricular activities.

The school cites the state’s rigorous zero-tolerance laws as justification for the suspension, which makes no distinction between actual drugs and “lookalike,” or “imitation” drugs.

But the Bays’ lawyer says the school doesn’t have a legal leg to stand on.

“If the school argues now that they were justified in suspending him for possession of lookalike marijuana, that’s disingenuous because they’ve never argued that prior to the suit being filed,” he says.

Given the school’s rush to punish the boy, despite an utter lack of evidence, the Bays’ case is emblematic of the inherent problems with irrational zero tolerance policies and the overarching move to transform public schools into something more similar to prisons.

R.M.B. is still under probation until this September, but his parents vow to keep up the fight until their son is exonerated of any wrongdoing.