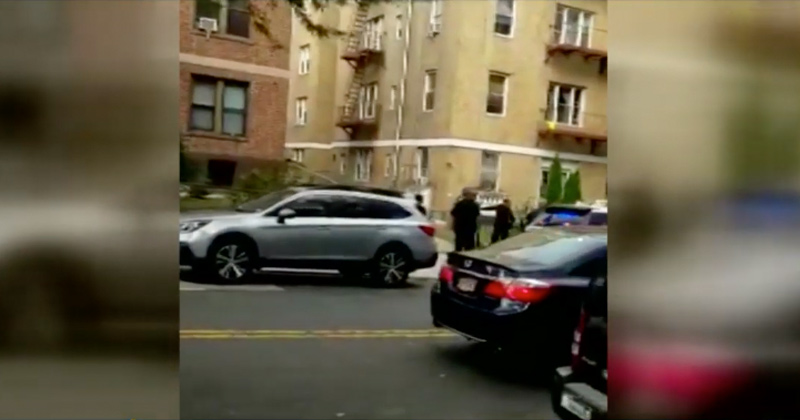 A homeless man in New York is behind bars after he randomly assaulted a seven-year-old boy, who he claimed he “could have killed” if he’d wanted to.

Police say 35-year-old homeless man Laurance Gendreau slammed the boy onto the ground as he played outside with his brother while waiting for a pizza delivery, leaving him in intensive care with serious injuries.

“The family was supposed to be leaving on vacation last night, but now they’re by the child’s bedside,” reports CBS New York. “They said he’s suffering from skull fractures, bleeding on his brain, a concussion and collapsed lung.”

The boy’s grandfather says he knew something was wrong when he heard a scream.

“You heard that scream, you knew something serious was going on,” the grandfather stated. “It’s a kid that was picked up and smashed to the ground.”

Following the attack, the grandfather claimed he heard Gendreau say he “wanted to kill the boy” as he followed the assailant and waited until police arrived.

“I went after him, followed him, called 911, and the police found him,” he told CBS2. “His first words out of his mouth, ‘I’m bipolar,’ and something about ‘kill the kid, wanted to kill, I could have killed.’”

Gendreau faces assault and harassment charges, among others. He’s currently being psychiatrically evaluated at Jamaica Hospital.

Police say he’s mentally disturbed and had previously attacked and robbed an 87-year-old woman in another incident.