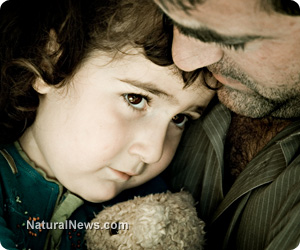 “If you like your plan, you can keep it.” These famous words, which were literally stated by Usurper Obama dozens of times during his Affordable Care Act hawking days, have proven to be a blatantly bald-faced lie. As reported by SFGate, some 900,000 Californians are expected to lose their existing healthcare coverage come December 31, adding to the millions of others from other states who will also reportedly lose their plans.

Peter Lee, Executive Director of “Covered California,” California’s Obamacare health insurance exchange, recently told the editorial board of the San Fransisco Chronicle that the individual market for health insurance is “changing dramatically.” Lee admitted, though sheepishly and with his own heavy dose of glossy rhetoric, that Usurper Obama essentially lied about people being able to keep their coverage and that many people will have to choose new plans.

When asked if the nearly 1 million Californians losing their coverage will have to pay more under Obamacare, Lee ‘fessed up that “some individuals will pay more.” But he was unable to delineate who would have to pay more, and how much more they would have to pay. Instead, he quickly changed the subject to Obamacare’s other alleged improvements over private insurance, which are all presumably lies just like the “if you like your plan, you can keep it” nonsense.

Usurper Obama’s rhetoric “may have been an inarticulate way of describing what the realities are,” Lee is quoted as saying, in what may be the grossest political understatement of the year.

Obama officials admitted in 2010 that nearly one-third of Americans would lose coverage under Obamacare
Meanwhile, U.S. Health and Human Services (HHS) Secretary Kathleen Sebelius is taking the fall for the ongoing Obamacare nightmare. During a recent testimony before Congress, Sebelius told the listening crowd to blame her, not Obama, for all of Obamacare’s problems, which she openly admitted will only get worse. She actually referred to Obamacare’s “disruption of the existing health insurance market” as being “far broader than recent media coverage implied.”

But it gets worse. A recently unearthed report that was quietly filed in the Federal Register back in 2010 explains how the Obama administration knew all along that the illegal legislation would create massive chaos. In fact, the report explains that Obama officials were fully aware some three years ago that nearly one-third of all Americans would lose their coverage, which means that Usurper Obama has repeatedly lied under oath with his infamous statement about people keeping their existing coverage.

“It turns out that in an obscure report buried in a June 2010 edition of the Federal Register, administration officials predicted massive disruption of the private insurance market,” writes Avik Roy for Forbes. “As to the number of people facing cancellations, 51 percent of the employer-based market plus 53.5 percent of the non-group market (the middle of the administration’s range) amounts to 93 million Americans.”

So much for keeping your coverage if you like it. In reality, Obamacare will force tens of millions of Americans to either sacrifice their existing health coverage or pay far more for a rough equivalent. If ever there was a time to impeach the Usurper for his egregious offenses against the working and middle classes of America, this time is now.

“If private insurance was already unaffordable for many — which it was — then how could anyone with a brain imagine that adding layers of government bureaucracy, and subsidizing those who can’t afford insurance, could possibly do anything except cause premiums to go up drastically, and cause some insurers to drop out of providing individual coverage entirely?” asks one articulate commenter at SFGate.com.