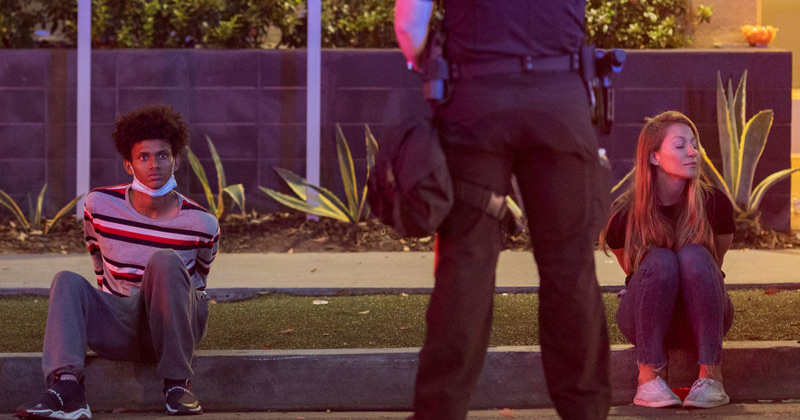 Hundreds of people were arrested in Santa Monica, California over the weekend as rioters destroyed local businesses and clashed with the police.

Last night there were approximately 438 arrests. Charges include looting, assault with a deadly weapon, assault on an officer & curfew violations. The safety of #SantaMonica is our top priority. We thank you for staying home and abiding by today's 130pm curfew orders. pic.twitter.com/wmBVCKdby2

Describing what was at first a peaceful protest, Santa Monica Police Chief Cynthia Renaud explained that a “second group” came into the city to loot and destroy property.

In total, over 400 individuals were arrested for crimes ranging from burglary and assault with a deadly weapon to looting and curfew violations and assault on an officer.

Renaud also said 95% of those arrested do not have Santa Monica addresses.

ABC 7 reports, “At least nine fires were set in the city on Sunday – four to buildings, four to cars and one in a dumpster, fire officials said.”

A local business owner was interviewed while he stood in front of his property holding a pistol alongside his neighbor who backed him up with a rifle.

“A single gun doesn’t intimidate,” the man explained when asked if the firearms helped him deter looters. “When you see two or three people having a weapon and standing guard, it deterred a lot of looters today. And it got pretty scary here on Broadway.”

Additionally, the image of a white man and a black man standing together to protect their community blows the lid off the racial division being pushed by the establishment media and Democrat party.

EPIC 2A Small Business owner and his neighbors arm themselves to defend local store from looters! Guns are the only way we can protect ourselves in these crazy times!

But then NBC clarifies they, "Do not condone shop owners arming themselves to protect their property."

Who is organizing these riots?