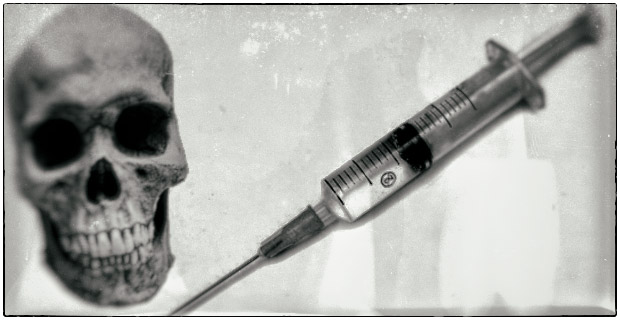 While “anti-vaxxers” are being smeared in public campaigns as backward and unscientific fear-mongers, a growing body of cutting edge research is emerging from the top echelons of medical immunology to confirm what the cranks have been saying for years about the devastating effects of vaccine ingredients.  The biggest names in the field of study of the human immune system are attached to current papers in the most prestigious immunology literature that link widely used vaccine ingredients such as aluminum to terrifying  modern epidemics of immune-mediated diseases including autism and Alzheimer’s.   As well, they’ve identified an entirely new post-vaccine syndrome: Autoimmune Inflammatory Syndrome Induced by Adjuvants (ASIA). And while the study of ASIA is shining light on the underlying mechanisms through which vaccine ingredients trigger disease, it is also exposing cracks in the foundation of a century of vaccine orthodoxy .

Nearly 3,000 doctors and scientists from around the world gathered last week at the 9th International Congress on Autoimmunity (ICA) in the Nice Acropolis Convention Center on the French Riviera.  Dozens of seminars and panel discussions of causes and treatments for scores of autoimmune diseases were scheduled. But an entire day of the four day event held every two years was devoted to the 3rd International Vaccine Symposium held under the umbrella of the ICA.

Ignasi Rodriguez-Pinto, an autoimmunologist at the Barcelona Hospital Clinic and former fellow of the pre-eminent Zabludowicz Center for Autoimmune Diseases at Tel Aviv University’s Sheba Medical Center was at the symposium to announce the creation of a world registry for ASIA.

ASIA was first identified in the Journal of Autoimmunology  in 2011 by Dr. Yehuda Schoenfeld, founder of the Zabludowicz Center. It includes a broad spectrum of neurological and immune-mediated phenomena seen following vaccine injections which result from exposure to their ingredients, including aluminum. Among ASIA’s diagnostic criteria: weakness, anxiety, rashes, chronic fatigue, sleep disorders and the onset of a range of autoimmune diseases from Systemic Lupus Erythematosis to Rheumatoid Arthritis — sometimes years after an initial reaction.

ASIA is also dubbed “Schoenfeld’s Syndrome” for Schoenfeld who has published more than 1,700 articles in the medical literature and is widely regarded as the world’s leading authority on autoimmunity  — disease that results when certain proteins in the body lose  their “immune privilege” or protected status, and the machinery of the human defence system mistakes them as foreign invaders and launches an assault on its own body.

“ASIA is a wide concept that includes any environmental factor which is demonstrated to trigger autoimmune conditions,” said Rodriguez-Pinto. Cases of Gulf War Syndrome, which result from exposure to the chemical squalene – a component of vaccines used on military personnel during the Gulf War, and siliconosis – immune-mediated symptoms  triggered by silicon exposure in prostheses and breast implants – are now being considered under ASIA’s umbrella, he said.

The registry was established in January of this year as a tool to enable researchers to analyze cases of ASIA globally, to compare clinical manifestations after exposure, and to establish common instigators of autoimmunity and compare efficacy of treatments. In its first month of operation, 283 confirmed cases of the syndrome were registered — 73% followed vaccination while the remainder were exposed to other known toxins.

Most currently registered cases of ASIA have followed vaccination for Hepatitis B (70.7 percent), said Rodriguz- Pinto. Forty percent of the cases developed defined autoimmune conditions including Multiple Sclerosis and a subgroup of 20 percent had more than one diagnosed autoimmune disease.

“Adjuvants have been used for decades to improve the immune response to vaccines, and among this large group, alumimum and silicone are most commonly described,” explains  a paper in the July 2013 Immunologic Research, penned by four leading immunologists including Schoenfeld. “Nonetheless, as supported by increasing reports, although rarely vaccines are able to trigger the development of [autoimmune diseases] ADs in genetically susceptible humans, this could be ascribed to the presence of containing adjuvants. The time relationship between the vaccine delivery and overt disease can last from a few weeks to even years.”

The paper adds that a “now abundant literature shows that exposure of human and animals to aluminum from various sources can have deleterious consequences on the nervous system, especially in adults.”

Among the authors of that abundant literature is Canada’s Christopher Shaw, chairman of the Children’s Medical Safety Research Institute and a researcher at the University of British Columbia who , at the IAC last week described aluminum as “insidiously unsafe.”

“That the aluminum ion is very toxic is well known,” said Shaw. “Its toxicity was recognized as long ago as 1911 and evidence of that has only been amplified since,” he said, especially in a growing body of evidence of aluminum’s role in Alzheimer’s disease and autism.

Though found in some food and water sources, since the 1920s, aluminum has been used in many and a growing number of vaccines, Shaw said, and “the compartment in which you put it in and the route of administration makes all the difference.”

“Aluminum is a demonstrated neurotoxin,” he added. “From the molecular level between ions and molecules, to the genome, to the protein and cellular level to the circuit level, there is no level of the nervous system that aluminum does not negatively impact.”

Shaw reported on his research on mice injected with aluminum doses equivalent to those in vaccine injections. They showed progressive loss of muscle strength and endurance, and at the cellular level, “profound loss of motor neurons.”

He and other researchers also demonstrated “social interaction deficits” and elevated anxiety levels among the vaccinated mice, reflected by their obsessive stair climbing and reluctance to move between light and dark regions compared to controls, for example. Shaw’s forthcoming research demonstrates the impact of aluminum on gene proteins and gene expression and how these relate to autism.