If you’re wondering why Swamp creatures are losing their minds over President Trump’s plan to pull US troops out of northern Syria, these tweets might give you a clue as to their motivation.

See if you can notice a pattern.

The most probable outcome of this impulsive decision is to ensure Iran’s domination of Syria.

The U.S. now has no leverage and Syria will eventually become a nightmare for Israel.

Trump’s decision in Syria is reckless and irresponsible.

It green lights Iran to form a land bridge and target Israel.

Kurds in Northern Syria could be wiped out.

Did Turkey promise the President dirt on a political opponent?
https://t.co/mJmFpmUu6Y

This is more than reckless. This will guarantee us NO friends in the Middle East (including Israel), will spark renewed ISIS AQ cells, and will tell those who have stood with us, like the Kurds, the US will kick you to the curb at will. https://t.co/okuhAV0NS5

Our small military presence in Syria stabilizes the region, deters Iran, protects Israel, and prevents a repeat of the humanitarian disaster triggered by the previous administration’s policies.

Mike Adams joins The Alex Jones Show to expose how the coup to overthrow the President of the United States of America is being carried out.

It would confirm #Iran’s view of this administration & embolden then to escalate hostile attacks which in turn could trigger much broader & more dangerous regional war.

At this time we, Israelis, pray for the Kurd People who are under a brutal Turkish attack.

The lesson for Israel is simple:

Israel will ALWAYS defend itself by itself.

The Jewish State will never put its fate in the hands of others, including our great friend, the USA.

Perhaps Trump’s abandonment of our Kurdish allies will be a final wake up to those still convinced that he is a stalwart supporter of Israel. This president has no loyalty other than to himself.

Neocon commentator Ben Shapiro (these tweets were sent back to back):

Since I’m in Israel, tweeting will be more sporadic than usual. So congratulations are in order all around!

Abandoning the Kurds to the tender mercies of the Turkish government — a government led by Islamist dictator Erdogan — is a foreign policy disaster.

If you think Trump is a good friend of Israel, his abandonment of the Kurds in Syria is evidence that he’s not.

So interesting to see Republicans who last week couldn't bring themselves to condemn @realDonaldTrump's obvious misdeeds regarding Ukraine wake up and express horror at his decision to abandon the Kurds (and Israel, ultimately). pic.twitter.com/k7JTAXS8DX

Israel is greatly concerned about US pullout from NE Syria. Senior Israeli officials "were shocked by the betrayal of the Kurds & how it empowers Erdogan & Iran. This is further proof Israel is on its own in Syria." https://t.co/DC2KErkdPv

Don't let the lack of any formal #Israeli response to US President @realDonaldTrump's dramatic reversal of policy and decision to remove #US troops from northern #Syria fool you, #Jerusalem is deeply, deeply concerned about this step.https://t.co/AS2WvvjSAs

Notice how none of these people are even remotely concerned about the welfare of our soldiers who are fighting and dying in Syria?

Only President Trump thought their lives (and deaths) were worth mentioning:

According to Bloomberg News reporter Nicholas Wadhams, “a senior State Dept official said the number of troops being withdrawn in NE Syria was less than the number of people in the briefing room (26), and from only two outposts.”

In a briefing with reporters just now, a senior State Dept official said the number of troops being withdrawn in NE Syria was less than the number of people in the briefing room (26), and from only two outposts.

The senior State Dept official also said the US priority is unchanged from what @secpompeo said in January: "the importance of ensuring that the Turks don’t slaughter the Kurds." But didn't say how the US would enforce that.

I suspect our “allies” in the region wanted those troops to be slaughtered to justify ensnaring the US into a broader war. 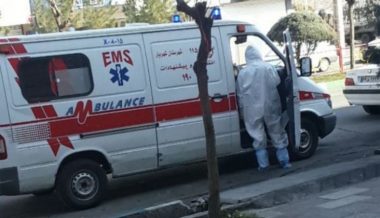