NASA-funded researchers are monitoring a big event in our planet’s atmosphere. High above Earth’s surface where the atmosphere meets space, a rarefied layer of gas called “the thermosphere” recently collapsed and now is rebounding again.

“This is the biggest contraction of the thermosphere in at least 43 years,” says John Emmert of the Naval Research Lab, lead author of a paper announcing the finding in the June 19th issue of the Geophysical Research Letters (GRL). “It’s a Space Age record.”

The collapse happened during the deep solar minimum of 2008-2009—a fact which comes as little surprise to researchers. The thermosphere always cools and contracts when solar activity is low. In this case, however, the magnitude of the collapse was two to three times greater than low solar activity could explain.

“Something is going on that we do not understand,” says Emmert.

Lately, solar activity has been very low. In 2008 and 2009, the sun plunged into a century-class solar minimum. Sunspots were scarce, solar flares almost non-existent, and solar EUV radiation was at a low ebb. Researchers immediately turned their attention to the thermosphere to see what would happen.

How do you know what’s happening all the way up in the thermosphere?

Emmert uses a clever technique: Because satellites feel aerodynamic drag when they move through the thermosphere, it is possible to monitor conditions there by watching satellites decay. He analyzed the decay rates of more than 5000 satellites ranging in altitude between 200 and 600 km and ranging in time between 1967 and 2010. This provided a unique space-time sampling of thermospheric density, temperature, and pressure covering almost the entire Space Age. In this way he discovered that the thermospheric collapse of 2008-2009 was not only bigger than any previous collapse, but also bigger than the sun alone could explain.

When carbon dioxide gets into the thermosphere, it acts as a coolant, shedding heat via infrared radiation. It is widely-known that CO2 levels have been increasing in Earth’s atmosphere. Extra CO2 in the thermosphere could have magnified the cooling action of solar minimum.

“But the numbers don’t quite add up,” says Emmert. “Even when we take CO2 into account using our best understanding of how it operates as a coolant, we cannot fully explain the thermosphere’s collapse.”

According to Emmert and colleagues, low solar EUV accounts for about 30% of the collapse. Extra CO2 accounts for at least another 10%. That leaves as much as 60% unaccounted for.

In their GRL paper, the authors acknowledge that the situation is complicated. There’s more to it than just solar EUV and terrestrial CO2. For instance, trends in global climate could alter the composition of the thermosphere, changing its thermal properties and the way it responds to external stimuli. The overall sensitivity of the thermosphere to solar radiation could actually be increasing.

“The density anomalies,” they wrote, “may signify that an as-yet-unidentified climatological tipping point involving energy balance and chemistry feedbacks has been reached.”

Important clues may be found in the way the thermosphere rebounds. Solar minimum is now coming to an end, EUV radiation is on the rise, and the thermosphere is puffing up again. Exactly how the recovery proceeds could unravel the contributions of solar vs. terrestrial sources.

“We will continue to monitor the situation,” says Emmert. 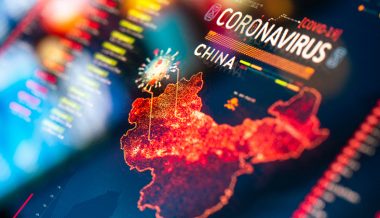 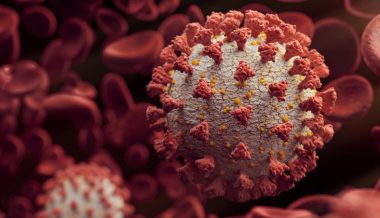