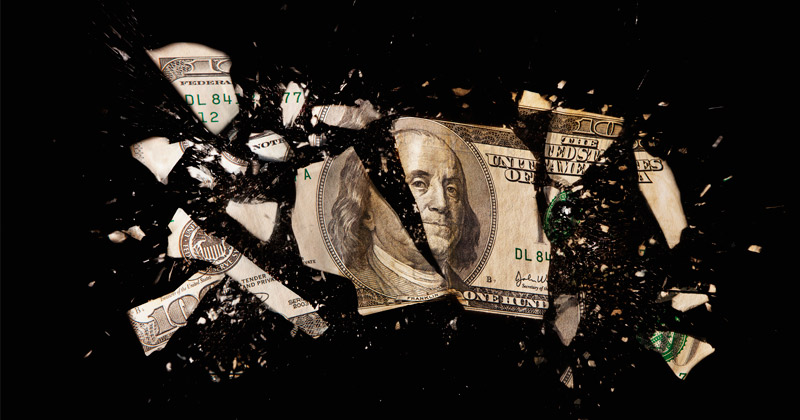 According to popular thinking, not every increase in the supply of money will have an effect on the production of goods.

What do we mean by demand for money? In addition, how does this demand differ from the demand for goods and services?

Demand here means that people want to consume the food in order to secure the necessary elements that sustain life and well-being.

Likewise, the demand for money arises on account of the services that money provides. However, instead of consuming money, people demand it in order to exchange it for goods and services.

With the help of money, various goods become more marketable—they can secure more goods than in the barter economy. What enables this is the fact that money is the most marketable commodity.

Take, for instance a baker, John, who produces ten loaves of bread per day and consumes two loaves. The other eight loaves he exchanges for various goods such as fruit and vegetables. Observe that John’s ability to secure fruits and vegetables is on account of the fact that he has produced the means to pay for them, which are the loaves of bread. The baker pays for fruit and vegetables with the bread he has produced. Also, note that the aim of his production of bread, in addition to having some of it for himself, is to acquire other consumer goods.

In the world of barter, John may have difficulties securing the various goods he wants by means of bread. It may happen that a vegetable farmer does not want to exchange his vegetables for bread.

Through a process of selection, people have settled on gold as the most accepted commodity in exchange. Gold has become money.

What It Means When the Demand for Money Increases

Let us assume that for some reason some individuals’ demand for money has risen. One way to accommodate this demand is for banks to find willing lenders of money. With the mediation of banks, willing lenders can transfer their gold money to borrowers. Obviously, such a transaction is not harmful to anyone.

Another way to accommodate the demand besides finding willing lenders is for banks to create fictitious money, i.e., money out of “thin air”—unbacked by gold—and lend it out.

Once employed in an exchange for goods and services, money created out of “thin air” sets in motion an exchange of nothing for something. The exchange of nothing for something amounts to the diversion of real wealth from wealth-generating to non-wealth-generating activities masquerading as economic prosperity. In the process, genuine wealth generators are left with fewer resources at their disposal, which in turn weakens their ability to grow the economy.

Once banks curtail their supply of credit out of “thin air,” this slows down the process of exchanging nothing for something. This in turn undermines the existence of various false activities that sprang up on the back of the previous expansion in credit out of “thin” air—an economic bust emerges.

Clearly, then, the expansion of the money supply is always bad news for the economy. Hence, the view that an increase in money out of “thin air” that is fully backed by a corresponding increase in demand for money is harmless is questionable.