It is hard to believe, but a majority of Americans (including Christians and conservatives) seem oblivious to the fact that there is a very real, very legitimate New World Order (NWO) unfolding. In the face of overwhelming evidence, most Americans not only seem totally unaware of this reality, they seem unwilling to even remotely entertain the notion.

On one hand, it is understandable that so many Americans would be ignorant of the emerging New World Order. After all, the mainstream media refuses to report, or even acknowledge, the NWO. Even “conservative” commentators and talk show hosts such as Rush Limbaugh, Sean Hannity, Michael Savage, or Joe Scarborough refuse to discuss it. And when listeners call these respective programs, these “conservative” hosts usually resort to insulting the caller as being some kind of “conspiracy kook.” One host even railed that if anyone questions the government line on 9/11, we should “lock them up and throw away the key.” So much for freedom of speech!

This is an area–perhaps the central area–where liberals and conservatives agree: they both show no patience or tolerance for anyone who believes that global government (in any form) is evolving. One has to wonder how otherwise intelligent and thoughtful people can be so brain dead when it comes to this issue. It makes one wonder who is really pulling their strings, doesn’t it?

The list of notable personalities who have openly referenced or called for some kind of global government or New World Order is extremely lengthy. Are all these people “kooks” or “conspiracy nuts”? Why would world leaders–including presidents, secretaries of state, and high government officials; including the media, financial, and political elite–constantly refer to something that doesn’t exist? Why would they write about, talk about, or openly promote a New World Order, if there is no such thing? 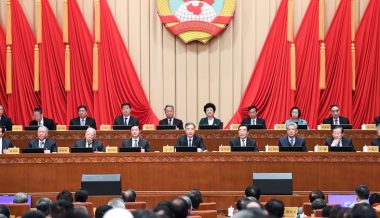