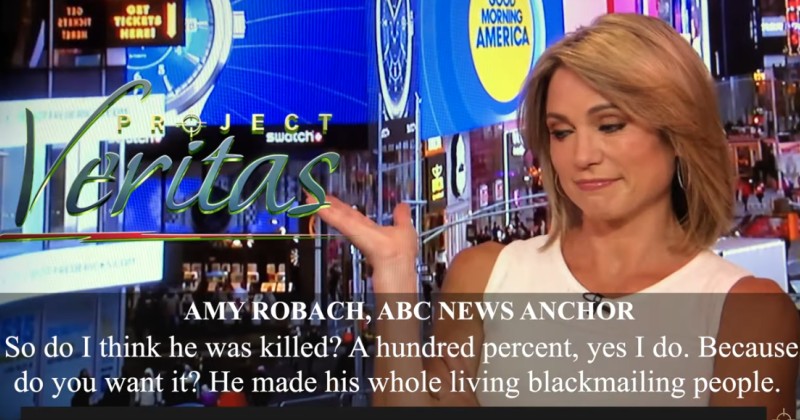 ABC News anchor Amy Robach, who in a leaked recording revealed that the network sat on the Jeffrey Epstein scandal for 3 years, is a “hundred percent” certain that Epstein was murdered.

Project Veritas today released bombshell footage from an ABC News insider of Robach revealing to her producer on a hot mic that she had the Epstein story years before it came out, but ABC News helped cover it up.

Asked what she thought happened to Epstein, who committed suicide by hanging according to the official story, Robach was unequivocal.

“So do I think he was killed? A hundred percent, yes I do,” she said. “Because do you want it? He made his whole living blackmailing people.”

Robach went on to say she “knew immediately” the official “suicide” explanation was false.