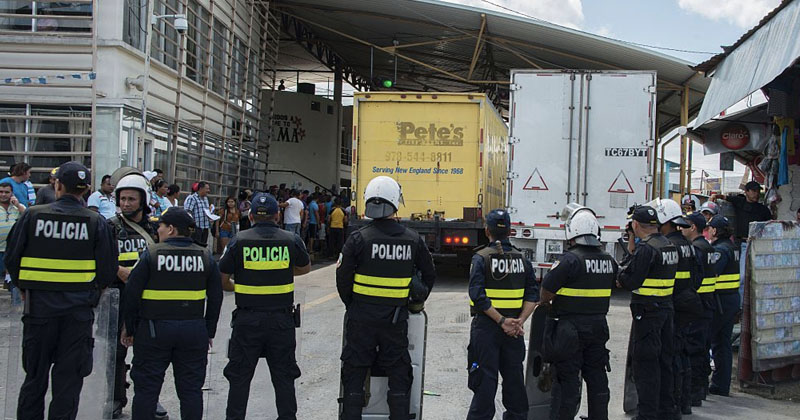 U.S. officials are working with Panama’s government to shut down the growing flow of migrants from Asia, Africa, and the Middle East, says Kevin McAleenan, the acting secretary of the Department of Homeland Security.

“We are seeing [migration] flows from throughout the Eastern Hemisphere from Africa, from the Middle East, from South Asia, that are arriving in South America and making a long land trek to the U.S. border, paying, in some cases, $30,000 to $50,000 per person to a variety of alien-smuggling organizations,” he told Breitbart News on August 2.

“That’s something that we want to work with Panama to cut off.”

Poll: 39 percent of Democrats strongly want the gov't to ignore orders from judges to deport illegal migrants. Yet Democratic leaders & 2020 candidates insist to all that the party does not want open borders. https://t.co/SYDHwtIA6u

The outreach to Panama is part of a region-wide strategy that includes migration deals with Mexico, Guatemala, El Salvador, and other countries.

The payoffs already include a dramatic reduction in migrants emerging from Mexico, McAleenan said. “We have seen a significant reduction. From May to June [there] was a 28 percent reduction in flow, far exceeding the seasonal reduction that could have been anticipated,” he said, adding, “We’ve seen Mexico making a significant effort on their borders … as well as on the transportation routes in significantly reducing the phenomena of large groups crossing our border.”

“We have had many fewer groups [of] over 100 [people] crossing in July than we faced in May, and we haven’t had any of the massive groups of 400-plus [migrants] that we were seeing back in May, thanks to Mexico’s efforts.”

The cowardly masked terrorists calling themselves ANTIFA have picked their next target, and are publicly planning to attack the American border in Texas.