After failure to appear at a committal hearing for unpaid Council Tax last Tuesday, a Merseyside Judge issued a bench warrant for the arrest of Roger Hayes who has been sentenced to 21 days in Liverpool Prison, following a cursory appearance before a Magistrate on Monday. 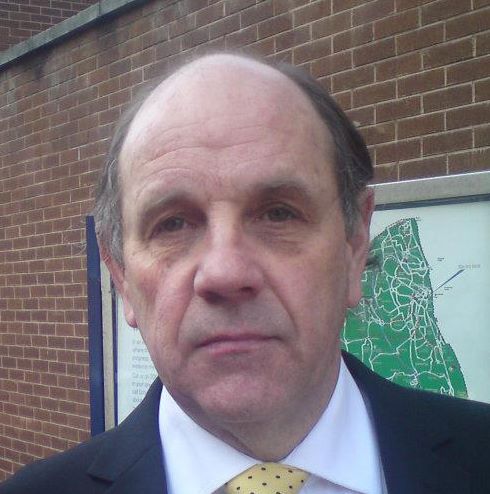 No members of the public or jury were present during sentencing, after activist Hayes was “disappeared” by the police and brought to a secret court where there were no witnesses present.

Hayes was arrested at his home by four police officers at 8:30am on Monday morning, sentenced and finally locked up in prison – all by 6:30pm that evening.

It is understood that calls to the police and Liverpool prison where he is being held have all been met with a wall of silence under the ‘we can’t say’ and ‘data protection’, yet another indication of how more secrecy is being introduced to keep the public interest at bay.

According to reports received by the UK Column Newspaper, the police have received many calls regarding the status of Mr Hayes, with at least one member of the public having had the phone slammed down on him when he mentioned Roger’s name.

Roger’s family have also been refused any direct information and access to him. They have now started the paperwork trail for formal permission to visit.

Hayes is a founder and Chairman of the British Constitution Group (BCG). The BCG is most well-known as a British tax protester group that is advocating a ‘Lawful Rebellion‘, under section 61 of the British Magna Carta.

According to Brian Gerrish, a fellow co-founder of the BCG, Hayes has fallen victim to a deteriorating British justice system. Gerrish explains, “Under common law, no one should be fined, sentenced and imprisoned without a jury of their peers. Here we have someone being imprisoned on the word of a council and one magistrate. The council is relying on a Statute Law which does not overturn Common Law. So essentially, we are witnessing justice on its head.”

Regarding the draconian manner in which his colleague was apprehended Gerrish adds, “It’s just like the Stasi – where you are lifted off the street and 9 hours later you are sentenced to prison. Families don’t know what the process is, the public doesn’t know what the process is. Wirral Council claims it was an open court – but it can’t be an open court if no one has heard about it.”

It is also understood that Roger Hayes “WITHELD” his Council Tax rather than “refused to pay” – a potentially important implications in his legal case, as was reported by the UK Column Newspaper.

Members of the public who have contacted the UK Column claim that the state were determined to commit Hayes to prison for his infamous ‘Common Law arrest’ of a Judge Michael Peak during his bankruptcy hearing at Birkenhead County Court on March 7, 2011 – where the presiding Judge was bundled out of the courtroom by a common law posse for ‘contempt of court’. Despite the fact that a crowd of 600 were assembled outside of the courtroom during the debacle, there was a complete media blackout on the event – a public incident which was hugely embarrassing to the legal system and local establishment in Hayes’s home region of Merseyside.

Mr Hayes has been imprisoned for withholding his Council Tax – a renter’s tax which was adopted throughout the UK in 1993 following a failure by the British government to implement its previous, and hugely unpopular incarnation known as ‘The Poll Tax’ in 1990. In recent years, Council Tax rates have skyrocketed all over the country, many times more than the rate of inflation –  a situation which has placed increasing economic pressure on an ever increasing millions of low income households.

Hayes’s stance on the Council Tax was down to his legal belief that along with other state taxes, a proportion of the Council tax revenue gathered was being sent to the European Union, used to fund an endless string of unlawful wars in Iraq, Afghanistan, Libya and Syria, and to promote government-sponsored terrorism right around the world. To pay tax under these circumstances Hayes believed, at the very least, is unlawful under Section 15(3) of the Terrorism Act 2000 and therefore is refusing to participate in the funding of the state’s illegal activities.

Is an unpaid local tax bill enough to be classed by the state a security threat, and summarily treated as a terrorist?

All indications point to Hayes as a political prisoner – targeted by the state and has been arrested, tried, sentenced and finally imprisoned under new Statute, or emergency powers. More likely a reason he has been singled out by authorities – than over a mere unpaid tax bill, is that Hayes has also been campaigning for a new Lawful Bank in the UK – a monetary initiative in which money could be issued to the public as credit, also called “social credit”, rather than as crippling debt under the existing privately-owned fractional reserve International Monetary System.

As Chairman of the BCG, Hayes has been an outspoken public speaker warning the British public that their rights and freedoms under Common Law and the Constitution are being stripped away and replaced by a dictatorship of secret courts operating under both “Administrative” and Statute Law, where there are no juries, and where judges alone decide a defendant’s guilt, or innocence. Some, such as the Children’s and Protection Courts are held in secret. Normal procedure in such courts is that hearsay evidence from highly paid “expert witnesses” is allowed, and parents may not speak for their children, and children may not speak at all. Officials, such as social workers are also allowed to give evidence without being put on oath.

Earlier this year, Bilderberg member and British MP Kenneth Clarke, along with the current UK Home Secretary Teresa May, have been publicly calling recently for more statute or ‘secret courts’ without juries, in order to reduce the backlog of legal hearing. Appearing before a parliamentary select committee, Justice Secretary Clarke was later forced, rather awkwardly, to defend his draconian plans, against accusations that they were a “corruption” of the British legal system.