The Ad Council has responded to concerns about a bizarre PSA it created in partnership with AARP that features a news broadcast reporting on the announcement of martial law following nationwide riots.

The commercial, which promotes the Ad Council’s Caregiver Assistance program, includes the background audio of a TV news anchor announcing, “Riots nationwide have prompted local governments to declare martial law….the President is asking that citizens find safety and remain calm….authorities are working to contain the outbreak.”

The audio cannot be picked up consciously and is only heard with the volume turned up.

After numerous people contacted the Ad Council on Twitter asking for an explanation, the organization published the following response;

“We appreciate those of you who have taken the time to voice your concerns about our Caregivers Assistance PSA and concerns about the background audio file. Our pro bono ad agency who created this video, used a pre-existing, fictional vintage audio file as ambient background noise to invoke an earlier era; it was not intended to provide any additional messaging or for any additional purpose.”

The note goes on to “apologize for any confusion surrounding the video.”

Why the Ad Council’s commercial agency would choose to create a clip announcing martial law after nationwide riots and use it in the context of a serene public service announcement about caregiving still makes little sense.

The Ad Council’s explanation that the “vintage” audio was intended to “invoke an earlier era” also fails the logic test. There has been no “earlier era” in the United States where martial law was declared after “nationwide riots.” Indeed, this is very much a contemporary concern given the aftermath of Ferguson, Missouri and what happened this week in Baltimore.

One of the main reasons why people were so creeped out by the PSA in the first place is the fact that the Ad Council’s acts as a virtual public relations front for the U.S. government.

According to University of Massachusetts history professor Robert Griffith, the Ad Council is “little more than a domestic propaganda arm of the federal government,” given its close collaboration with the White House.

The release of the PSA amidst wider concerns about the federal government preparing for civil unrest in America is a primary reason why it attracted so much attention, but the Ad Council’s response will do little to dampen concerns. 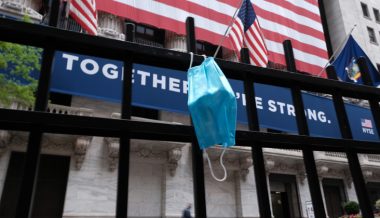 Livestream: Could COVID-19 Be A Bioweapon? Are Central Banks Using The Pandemic To Seize More Power? 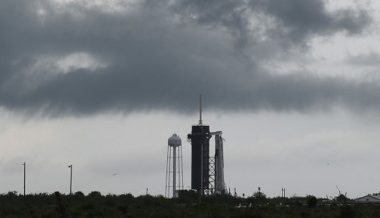