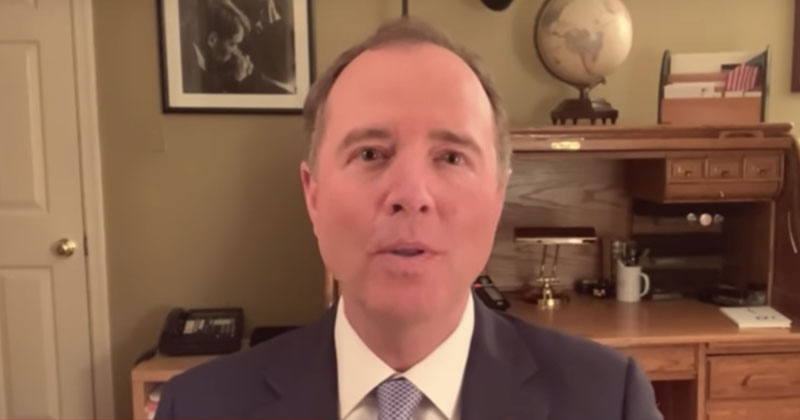 House Intelligence Committee chairman Rep. Adam Schiff (D-Calif.) melted down over President Trump’s firing of Intelligence Community Inspector General Michael Atkinson, claiming he’s more concerned with “retaliating against people that are on his enemies list and doing it in the dead of night” than addressing the coronavirus pandemic.

Atkinson was the individual who essentially launched the impeachment coup by alerting Congress last year of the whistleblower complaint against Trump regarding Ukraine.

“We’re in the middle of a pandemic, and what is this president doing, as thousands of people are dying? He is retaliating against people that are on his enemies list and doing it in the dead of night,” Schiff said on MSNBC’s “The Last Word” Friday.

Schiff went on to say that this move by Trump “threatens the independence of the intelligence community,” as if having an unaccountable Deep State is a good thing.

“This is just another showing of the character or the lack of character of this president,” Schiff said. “But it is a real threat to the independence of the intelligence community, which lost the head of the community, the DNI — the acting DNI and his deputy, the acting head of the National Counterterrorism Center was also fired, along with — his deputy also left the office.”

“So, he’s decapitating the leadership of the intelligence community in the middle of a national crisis,” Schiff continued. “It’s unconscionable, and of course, it sends a message throughout the federal government, and in particular, to other inspector generals, that if they do their job, as this professional did…they too, may be fired by a vindictive president.”

Schiff’s remarks comes after he had already declared that Democrats should launch a 9/11-style commission to investigate Trump’s handling of the government coronavirus response.

For the Democrats, the question to bork or not to bork now stares them in the face as plainly as Adam Schiff’s beady eyes.