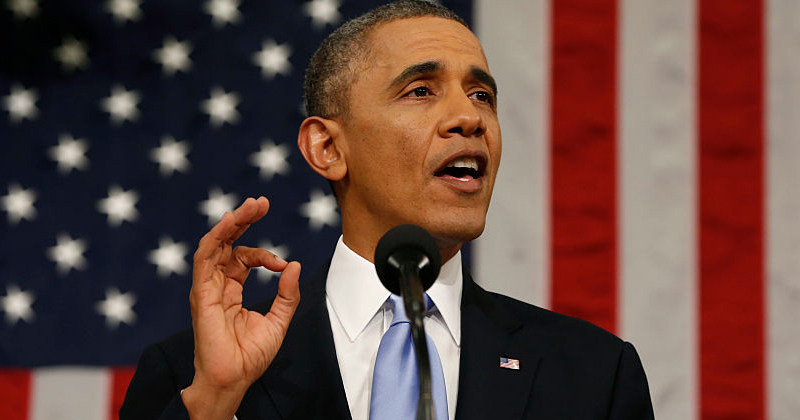 The OK hand gesture which has existed for centuries is now a hate symbol, according to the Anti-Defamation League. 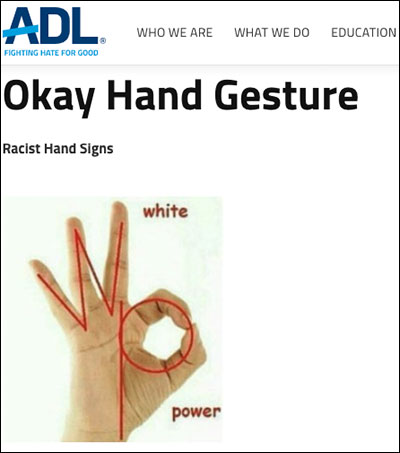 On Thursday, the ADL revised its list of hate symbol hand gestures with 36 new symbols, including the OK as a “racist hand sign.”

While acknowledging the website 4chan was behind the hoax movement to troll liberals into believing the hand sign was a coded message for “white power,” the ADL claims the troll morphed into a real life hate symbol after Christchurch shooter Brendan Tarrant flashed it during video of the rampage.

In the case of the “okay” gesture, the hoax was so successful the symbol became a popular trolling tactic on the part of right-leaning individuals, who would often post photos to social media of themselves posing while making the “okay” gesture.

Ironically, some white supremacists themselves soon also participated in such trolling tactics, lending an actual credence to those who labeled the trolling gesture as racist in nature. By 2019, at least some white supremacists seem to have abandoned the ironic or satiric intent behind the original trolling campaign and used the symbol as a sincere expression of white supremacy, such as when Australian white supremacist Brenton Tarrant flashed the symbol during a March 2019 courtroom appearance soon after his arrest for allegedly murdering 50 people in a shooting spree at mosques in Christchurch, New Zealand.

Despite demonizing the symbol as having “white supremacist connotations,” the ADL urges caution in immediately associating all people who use the hand sign with racism. 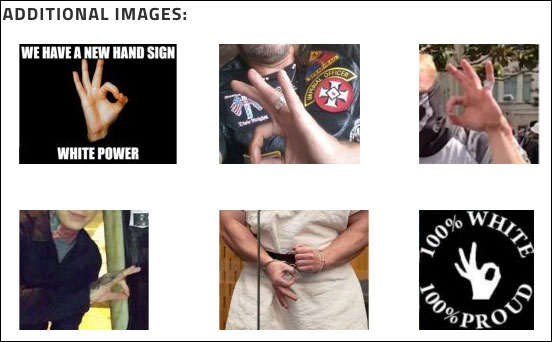 “Because of the traditional meaning of the ‘okay’ hand gesture, as well as other usages unrelated to white supremacy, particular care must be taken not to jump to conclusions about the intent behind someone who has used the gesture.”

In the run-up to the 2016 presidential election, the hand sign gained notoriety among supporters of then-Republican candidate Donald Trump, who mimicked the hand gesture he frequently made involuntary by President Trump during speeches.