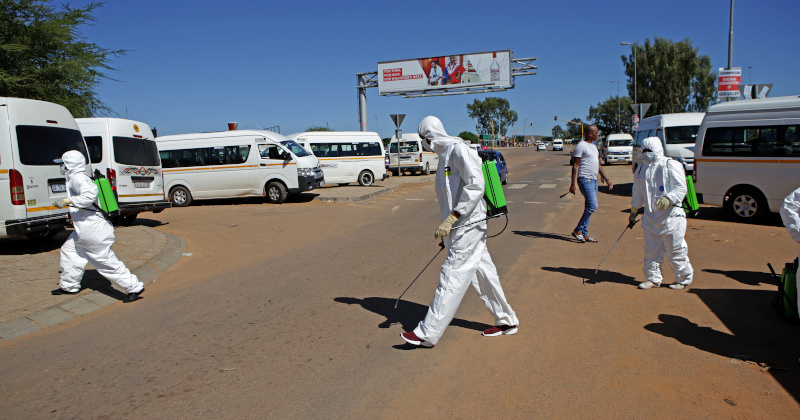 The COVID-19 pandemic and lockdowns across the African continent could trigger an economic collapse, according to one United Nations (UN) official, who spoke with Associated Press (AP).

Ahunna Eziakonwa, the UN Development Program regional director for Africa, warned that the pandemic would likely result in job losses for millions of people, many of whom are already low-income, have no savings, and have no access to proper healthcare.

“We’ve been through a lot on the continent. Ebola, yes, African governments took a hit, but we have not seen anything like this before,” Eziakonwa said. “The African labor market is driven by imports and exports and with the lockdown everywhere in the world, it means basically that the economy is frozen in place. And with that, of course, all the jobs are gone.”

We’ve warned over the last month that a virus crisis looms in Africa. A little more than half of the continent’s 54 countries have imposed lockdowns, curfews, and or travel bans to mitigate the spread of the virus.

Places like South Africa, where the military has enforced “unprecedented” Martial law-style lockdowns through mid-April, is an attempt to thwart social uprisings as 370,000 jobs have likely been lost.

South Africa's military has begun enforcing a #coronavirus lockdown, which includes bans on alcohol sales and even dog-walking.

Over 1,000 #COVID19 cases and 2 deaths have been confirmed pic.twitter.com/lanbMFw2hb


For the 1.3 billion that inhabit the continent, widespread lockdowns are triggering vicious economic downturns, couple that with a public health crisis, and it could be a perfect storm that results in social unrest.

Eziakonwa said unless the virus spread can be controlled – then up to 50% of all estimated growth for Africa’s travel, services, mining, agriculture and the informal sectors could be lost. An extended period of subpar economic growth could be seen across the continent in the quarters ahead.

“We will see a complete collapse of economies and livelihoods. Livelihoods will be wiped out in a way we have never seen before,” she warned.

Top oil-exporting countries, such as Nigeria and Angola, could lose up to $65 billion in revenue with collapsed commodity prices – indicating that those governments will struggle to balance budgets, the UN Economic Commission for Africa (UNECA) said.

Many countries in the Sub-Saharan region are heavily indebted and could come into severe financial distress with budget constraints in a downturn. That is why the calls for stimulus among some African leaders have already begun:

Ethiopian Prime Minister Abiy Ahmed has spoken of an “existential threat” to Africa’s economies while seeking up to $150 billion from G20 nations. A meeting of African finance ministers agreed that the continent needs a stimulus package of up to $100 billion, including a waiver of up to $44 billion in interest payments.

South African President Cyril Ramaphosa backed the calls for a stimulus package, saying in a recent speech that the pandemic “will reverse the gains that many countries have made in recent years.” Several African nations have been among the fastest-growing in the world,” AP notes.

The International Monetary Fund (IMF) said last month that 20 African countries had requested financial assistance, with an expected ten more countries to need some form of aid. The IMF has already cleared credit facilities for Guinea and Senegal.

In the quarters ahead, socio-economic challenges will persist for Africa as the latest lockdowns due to the virus pandemic will contribute to negative economic outlooks for the region.

UNECA has said emergency stimulus programs are needed to protect 30 million jobs at risk of evaporating.

Ghanaian President Nana Akufo-Addo recently said, “We do know what to do to bring the economy back to life. What we don’t know is how to bring back people to life.” He has created a virus fund that will distribute food and salaries to some citizens for three months.

Benin’s President Patrice Talon said the rich African countries are unleashing stimulus to boost their economies. He said for poor African countries, like his, they don’t have the financial capability to stimulate.

To sum up, Africa is being swallowed whole by a pandemic that has forced many countries to implement lockdowns to mitigate the spread, which has led to vicious economic downturns. Much of the continent will likely remain in financial distress this year as the global economy has ground to a halt.