A Chevron well in the preparation stages for hydraulic fracturing exploded last Tuesday 50 miles south of Pittsburgh, Penn., causing a fire that lasted for four days and left one Chevron contractor unaccounted for and another one injured.

The fire is now out, but Chevron’s damage control efforts may be far from over.

An image of a coupon from Chevron offering free pizza to residents near last week’s disaster was posted online Monday, prompting outrage, mockery and disbelief among activists and the Internet commentariat. They say the offer shows Chevron lacks awareness of the seriousness of its actions and indicates a larger problem of oil and gas companies buying support in communities where hydraulic fracturing — the practice in which thousands of gallons of water mixed with chemicals are pumped into deeply drilled wells to break up naturally occurring oil and gas formations — is on the rise.

“The Chevron Guarantee: Our well won’t explode…or your pizza is free,” read one of many sarcastic tweets directed at Chevron on Tuesday.

The coupon was handed out along with a letter apologizing for the blowout to about 100 residents near the gas well, local media reported.

“Chevron recognizes the effect this has had on the community,” the letter read. “We value being a responsible member of this community and will continue to strive to achieve incident-free operations.”

The letter directs inquiries to the Chevron Community Outreach Team, and provides a toll-free number for residents to call with any questions.

The pizza coupon is for one free large pizza and a two-liter drink at Bobtown Pizza, a pizza shop a few miles away from the drill site.

The pizza isn’t the only relationship-mending effort Chevron is undertaking after the fire. The company will also donate grants ranging between $1,000 and $7,500 to fire departments that operate in Pennsylvania’s Marcellus shale region, where much of the state’s fracking takes place.

But activists say the pizza coupon is just the most outlandish of the many ways Chevron and other oil and gas companies have tried soften their image, as fracking stirs controversy over environmental and health impacts.

“How arrogant and stupid do they think people are?” said Gloria Forouzan, a leader with Pittsburgh-based anti-fracking group Marcellus Protest. “What (fracking companies) are doing in terms of PR is insidious. They advertise, and they advertise heavily, and for that, (people) are basically willing to lie down and let the companies walk all over them.”

Regardless of Chevron’s intentions, others questioned whether the pizza coupon was the best way to convey their sympathies to the community.

“With one person missing, that’s a major crisis. You don’t respond in such a meaningless way,” said Ron Smith, a public relations professor at State University of New York in Buffalo and the author of four books about public relations. “This is going to go in one of my textbooks as an example of how to screw up a crisis response.”

In an emailed statement, Chevron said the company wanted to offer a token of appreciation to the community.

“Recognizing that our neighbors have been affected by these activities, we are out in the community every day to listen to and address concerns. We have also offered a token of appreciation for their patience during this time, and our commitment to the community goes far beyond this and our outreach is ongoing,” the statement read.

Not everyone was a harsh a critic of the company and the offer of pizza.

John Kuis, who lives about half a mile from the drilling site, can still hear sounds “as loud as a jet engine in my driveway,” as Chevron tries to cap gas leaking from the well. He said Chevron didn’t inform him of the incident until five days after it happened, when they handed out the pizza coupon.

He’s not sure he’ll use the coupon, but said he still considers the company a good neighbor.

“I guess they were just trying to be nice,” he said. 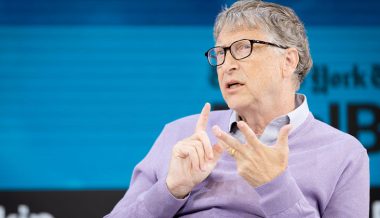 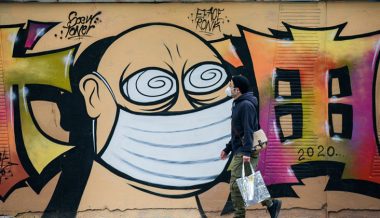