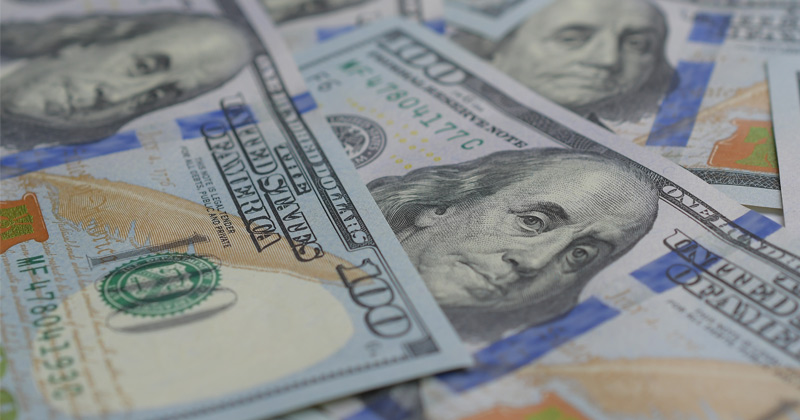 During December 2019, year-over-year growth in the money supply was at 5.53 percent. That’s down from November’s rate of 5.9 percent, but was up from December 2018’s rate of 3.90 percent. The increase in money supply growth in December continues a sizable reversal of the trend we saw for most of 2019. In August, the growth rate had hit a 120-month low, falling to the lowest growth rates we’d seen since 2007. Growth rates are still a long way from reaching the heights reached from 2009 to 2016, however.

The M2 growth rate also slowed in December, growing 6.75 percent compared to November’s growth rate of 7.11 percent. M2 grew 3.73 percent during December of last year. The M2 growth rate had fallen considerably from late 2016 to late 2018, but has been growing again in recent months.

Moreover, periods preceding recessions often show a growing gap between M2 growth and TMS growth. We saw this in 2006–7 and in 2000–1. The gap between M2 and TMS narrowed considerably from 2011 through 2015, but has widened since then. Even with the jump in growth levels seen during late 2019, M2 was still growing faster than TMS.

The overall M2 total money supply in October was $15.4 trillion, and the TMS total was $14.2 trillion.

The lack of money supply growth also points to a growing weakening in economic activity since the Fed has turned to increasingly accommodative monetary policy in recent months—but has not managed to return money supply growth to levels we’d expect in an expansion. The Federal Open Market Committee (FOMC) has cut the target fed funds rate more than once this year, but the big change is in the Fed’s recent moves to increase its balance sheet again. Since late August, the Fed has added more than $385 billion to its total assets in an effort to provide a “blast of cash” for the repo market.  In January, the Fed announced it was adding another $83 billion “in temporary liquidity to financial markets.”  The Fed also noted that it “may keep adding temporary money to markets for longer than policy makers had expected in September.” The Fed apparently has concluded that the market requires additional liquidity and has acted accordingly. Fed assets are now headed back to four trillion dollars, in spite of numerous claims from the Fed that the economy is sound and strong.