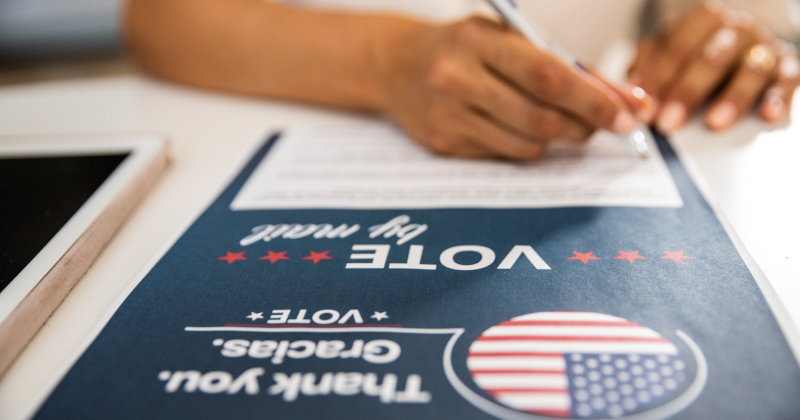 US Attorney General William Barr said in an interview with CNN that there is a risk of a massive forgery of mail-in ballots that will be used during the upcoming Presidential election, including by a foreign country.

“If we use the ballot system that states are just now trying to adopt it does leave open a possibility of counterfeiting ballots either by someone here or [in a foreign country]. I think everyone can do it”, Barr said.

US President Donald Trump has repeatedly warned the public that the Democrats have sent 80 million ballots over the mail mostly to people who have not asked for them and may likely misuse them to affect the election result. As examples, Trump has given the recent elections in the states of New York and New Jersey that have been beset by mail-in fraud. The Democrats have said mail-in ballots are necessary to avoid the spread of the novel coronavirus pandemic.

William Barr also said that China poses a greater threat than Russia to the integrity of the upcoming US presidential election.

“I believe it is China”, Barr said in response to the question about whether Russia, China, or Iran is “the most assertive, aggressive adversary” in terms of attempting to impact the 2020 US election. Barr added that he has seen the intelligence concerning the attempts to influence the US election and “that’s what I have concluded”.

Barr did not elaborate on how China is trying to interfere in the election. US intelligence officials have said earlier that China and Iran favor Democratic candidate Joe Biden while Russia prefers President Donald Trump.

Asked about Russia, which US pundits blamed for trying to interfere in the 2016 US election, Barr said he accepts that there is some preliminary activity suggesting that Moscow might try to meddle again.

“That wouldn’t surprise me if Russia tries something again of the same general genre as before”, Barr said.

The US Attorney General also said he would not be surprised if Russia or any other country tries to disclose embarrassing documents obtained through hacking.

Russia has repeatedly denied being involved in the US political system and has said the false allegations about its 2016 involvement were made up to excuse the loss of presidential candidate Hillary Clinton as well as deflect public attention from actual instances of election fraud and corruption.