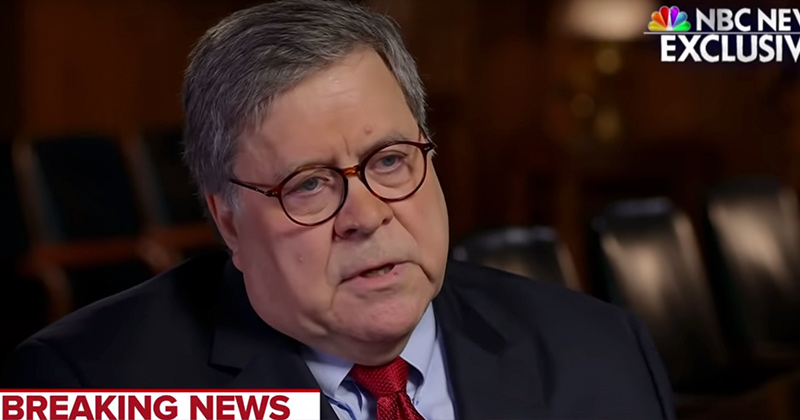 Speaking with NBC’s Pete Williams, Attorney General William Barr foreshadowed upcoming revelations that will be brought to light by attorney John Durham’s criminal investigation into the Deep State’s spying on the 2016 Trump campaign.

“What questions will John Durham address that the IG didn’t?” Williams asked.

Barr answered, “Durham is looking at the whole waterfront. He is looking at the issue of how it got started. He’s looking at whether or not the narrative of Trump being involved in the Russia interference actually preceded July and was it, in fact, the precipitating trigger for the investigation.”

Next, Barr explained how Durham is looking into spying on the campaign after the election, saying, “But also, a few weeks ago, I told him that he should spend just as much attention on the post-election period. I did that because of some of the stuff that Horowitz has uncovered, which, to me, inexplicable.”

“Such as?” Williams asked.

Barr explained, “Their case collapsed after the election and they never told the court. They kept on getting renewals on these applications.”

He proceeded, “There were documents falsified in order to get these renewals. There were all kinds of withholding of information from the court. The question really is: ‘What was the agenda after the election?’ They kept on pressing ahead after their case collapsed. This is the President of the United States.”