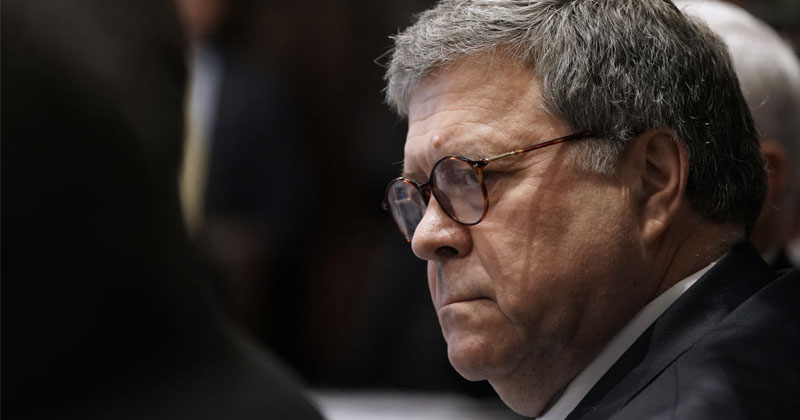 Attorney General William Bar has reassigned the warden of the federal prison where Jeffrey Epstein stayed after the billionaire pedophile was found dead in his cell under suspicious circumstances.

“Today, the Attorney General directed the Bureau of Prisons to temporarily assign the warden at the Metropolitan Correctional Center in New York to the Bureau’s Northeast Regional Office pending the outcome of the FBI and OIG investigations into the apparent suicide of Jeffrey Epstein, a former MCC inmate,” the Justice Department announced Tuesday.

Additionally, two MCC guards have also been placed on “administrative leave” until the investigations are finished.

The announcement comes amid reports that sounds of “shrieking and shouting” were heard from Epstein’s cell the night of his death.

Barr said earlier this week that he was “appalled” over the circumstances that lead to Epstein’s mysterious death, citing “serious irregularities” in the prison’s safety protocol.

“We will get to the bottom of what happened, and there will be accountability,” Barr said at a New Orleans police event Monday.

Attorney General Bill Barr on the Jeffrey Epstein case: "Let me assure you that this case will continue on against anyone who was complicit with Epstein. Any co-conspirators should not rest easy" pic.twitter.com/zoD6KNS6bH

“Any co-conspirators should not rest easy. The victims deserve justice and they will get it.”

RELATED: CONGRESSMAN: A LOT OF PEOPLE “BREATHING A HUGE SIGH OF RELIEF” NOW EPSTEIN IS DEAD

RELATED: EPSTEIN’S CELLMATE WAS TRANSFERRED OUT DAY BEFORE “SUICIDE”