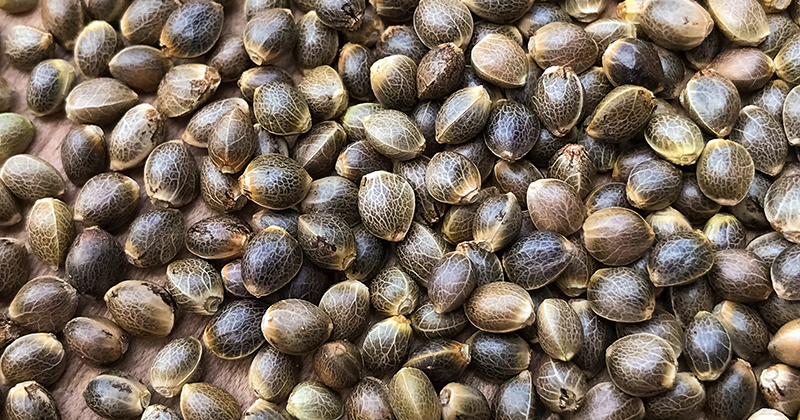 Just when you thought tensions between the U.S. and China couldn’t get any stranger in the midst of the ongoing global pandemic, Americans across the country are starting to report receiving unsolicited packages of different types of seeds that they didn’t order – and don’t know anything about – at their door.

The return address on the packages is always from China.

The Washington State Department of Agriculture wrote about the phenomenon on their Facebook page on July 24, 2020 and said that the seeds are being shipping in packaging that identifies the contents as jewelry.

Similar advisories have been issued in Virginia, Utah, Kansas, Arizona and Louisiana.

“Unsolicited seeds could be invasive, introduce diseases to local plants, or be harmful to livestock,” the post says.

Facebook users have been adding photos in the comments section of the post sharing photographs of seeds they have received from China. “It’s not a joke. I got some the other day!!!” one user commented, stating that the package identified the contents as a “Rose flower stud earring”.

“Look’s like it’s all across the country,” stated an Indiana resident who also received seeds in the mail unsolicited.

“Right now, we are uncertain what types of seeds are in the package. Out of caution, we are urging anyone who receives a package that was not ordered by the recipient, to please call the LDAF immediately. We need to identify the seeds to ensure they do not pose a risk to Louisiana’s agricultural industry or the environment.”

There have been similar reports from Virginia’s Department of Agriculture and Consumer Services. “The seeds have yet to be identified, but officials speculate that the seeds may be of an invasive plant species and are advising residents not to use them,” Fox News reported.

“Taking steps to prevent their introduction is the most effective method of reducing both the risk of invasive species infestations and the cost to control and mitigate those infestations,” VDACS wrote in a press release.

Twitter is also littered with reports of people receiving these seeds:

The Washington State Department of Agriculture has advised people on its Facebook page:

1) DO NOT plant them and if they are in sealed packaging (as in the photo below) don’t open the sealed package.

2) This is known as agricultural smuggling. Report it to USDA and maintain the seeds and packaging until USDA instructs you what to do with the packages and seeds. They may be needed as evidence.

Anyone who has received seeds in the mail can report them to the United States Department of Agriculture by visiting their website here. The site says:

If individuals are aware of the potential smuggling of prohibited exotic fruits, vegetables, or meat products into or through the USA, they can help APHIS by contacting the confidential Antismuggling Hotline number at 800-877-3835 or by sending an Email to [email protected].

USDA will make every attempt to protect the confidentiality of any information sources during an investigation within the extent of the law.

We can’t help but wonder, given the fact that agriculture is such a large cornerstone of trade talks with China, whether or not this could be more than just “agricultural smuggling”, but perhaps agricultural warfare of sorts.

This story is developing and we will continue to update it if more information becomes available.