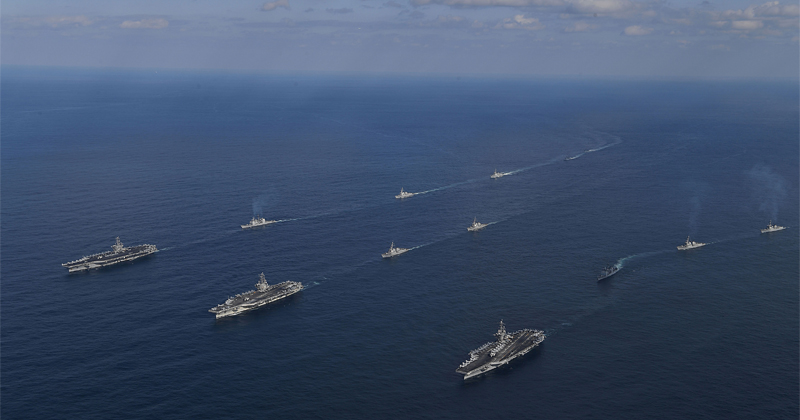 New large-scale coronavirus outbreaks within the US military are certainly possible given the amount of assets it has deployed worldwide, the Pentagon has said, adding it was getting ready to operate in the “Covid environment.”

“I think it is not a good idea to think that the [Theodore Roosevelt outbreak] is a one of a kind issue,” Air Force General John Hyten, vice chairman of the Joint Chiefs of Staff, said during a press briefing on Thursday.

“We have too many ships at sea, we have too many deployed capabilities. There’s 5,000 sailors on a nuclear-powered aircraft carrier. To think it will never happen again is not a good way to plan.”

A small number of coronavirus cases have been already detected at another US aircraft carrier – the Nimitz – the general added. According to media reports, however, up to four US carriers have registered cases of the disease to date.

The Theodore Roosevelt coronavirus outbreak prompted a major scandal in the US Navy after a letter by former skipper Captain Brett Crozier, in which he pleaded with his superiors for an immediate evacuation of the crew to “prevent tragic outcomes,” was leaked and published. While his request was ultimately granted last Thursday when the ship docked in Guam, the whistle-blowing captain was sacked for “causing alarm.”

The incident also led to the downfall of Acting US Navy Secretary Thomas Modly, who openly – and harshly – criticized Crozier, calling the officer either “too naive or too stupid” to command an aircraft carrier. Modly was then himself castigated by those who deemed Crozier a “hero” for caring more about his men than his career, and the official was forced to resign on Monday.

Meanwhile, the number of positive cases on the nuclear-powered vessel jumped by over 100 on Wednesday, and currently stands at 416. One sailor from the coronavirus-plagued aircraft carrier has been taken into intensive care after his condition worsened, the US Navy has said.

Still, the Theodore Roosevelt remained combat-ready despite the outbreak and was taken back to port as a “precaution,” Deputy Defense Secretary David Norquist insisted while speaking at the same press conference as Hyten. The coronavirus infection is not going anywhere in the next few months, and now the US military is adapting to operate in the “Covid environment,” the official added, warning “adversaries” against seeing the outbreak as an opportunity to target US forces.

New evidence suggests that, so far, the COVID-19 outbreak is not nearly as bad as we were told.