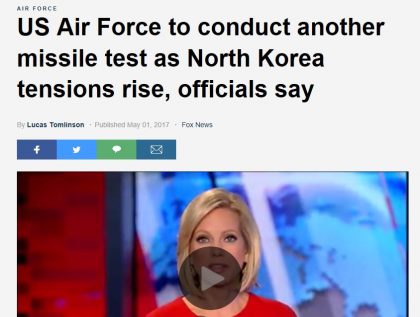 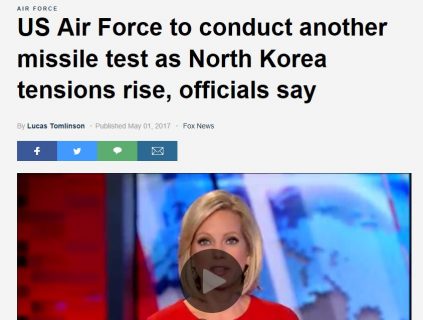 Last week, another Minuteman III was launched from Vandenberg Air Force Base and traveled nearly 4,200 miles before splashing down in near Kwajalein Atoll in the Marshall Islands.

“We are proud of our long history in partnering with the men and women of the 576th Flight Test Squadron to execute these missions for the nation.”

With the USS Carl Vinson aircraft carrier battle group arriving off the Korean peninsula, and the nuclear-capable submarine USS Michigan docked in the South Korean port of Busan, North Korea defiantly claimed it will continue nuclear weapons tests and bolster its nuclear force “to the maximum” in a “consecutive and successive way at any moment.”