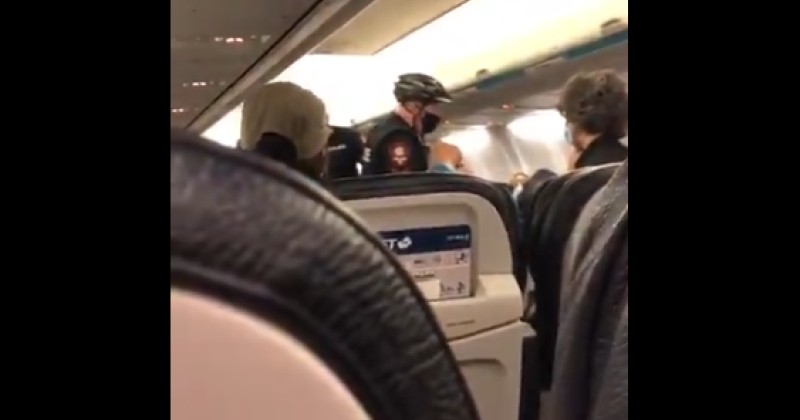 A video posted to Twitter shows a family being kicked off a WestJet plane because their 19-month-old baby wasn’t wearing a face mask.

Safwan Choudhry described his horrific treatment at the hands of the airliner, which also subsequently cancelled the entire flight and removed all the passengers from the plane.

The clip shows two police officers explaining to the family that they are removing them from the plane. Another passenger tries to defend the family while arguing with another man who is angry at the flight being delayed.

Earlier today my family endure the most horrific & dehumanizing treatment onboard @WestJet plane. My wife was threatening to be arrested & forcibly removed unless my daughters, 3 yrs & 19 months would wear a mask. While my 3yrs wore her mask, the 19 months old was hysterical. pic.twitter.com/MHnaTnKgCU

The officer then accuses Choudhry of repeatedly refusing to put a mask on his baby, citing other “witnesses” on the plane.

“Eventually, the entire flight was cancelled & all passengers were removed from the plane,” tweeted Choudhry.

The father added that most of the passengers on the plane expressed support for his family.

Choudhry said that WestJet tried to justify their action by citing a Transport For Canada policy which mandates all passengers to wear a mask.

However, the official Transport For Canada website says that children under the age of 2 “should not wear a mask.”