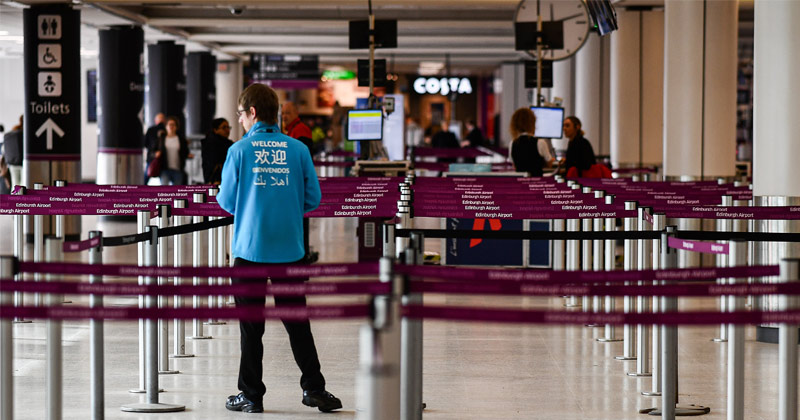 With the global airline industry crashed, US airlines are seeking upwards of $50 billion in government aid, according to The Wall Street Journal sources.

The assistance program could include “government-backed loans, cash grants or other measures including relief from taxes and fees.”

Over the weekend, Treasury Secretary Steven Mnuchin said the Trump administration is focused on providing relief for airlines, hotels, cruise ships, and other industries that have been heavily impacted by the virus.

“This is a unique circumstance,” Mnuchin was quoted by Bloomberg at a Saturday press conference at the White House.

“There’s no question, because of the things that we’re requesting to do, there are parts of the economy shutting down or slowing down dramatically.”

The global airline industry has plunged into chaos as governments impose flight restrictions across the world. This has resulted in a massive demand shock leaving airliners with absolutely no bookings. Many US carriers have had to slash international flights, with new risks emerging of domestic flights being grounded in the weeks ahead.

Henry Harteveldt, a travel industry analyst in San Francisco, tweeted on Sunday evening that a “Growing number of sources within #airlines & DC telling me the WH giving serious consideration to grounding all passenger flights for 14-30 days (cargo would be exempted).”

Growing number of sources within #airlines & DC telling me the WH giving serious consideration to grounding all passenger flights for 14-30 days (cargo would be exempted).

Part of me hopes it is not true, the other part understands why it may need to happen.

The worst-case scenario could play out for US airliners, who have already been suffering from international flight cancellations, could soon see domestic flights grounded, which is all in an attempt to flatten the curve and slowdown infections. And maybe it’s the proposed $50 billion in aid that would allow airliners to weather a shutdown.