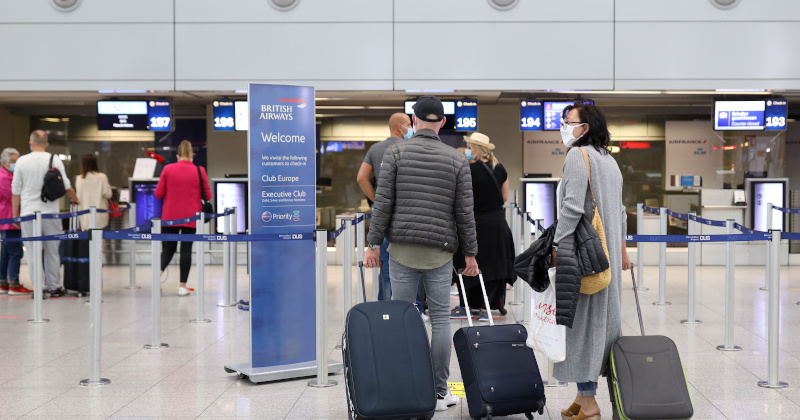 A new set of criteria for testing travellers amid the ongoing COVID-19 pandemic should deliver fast results and be conducted at scale with “very high rates of accuracy”, the International Air Transport Association (IATA) said on Wednesday.

The announcement follows a new set of guidelines published by the International Civil Aviation organisation (ICAO), which advised governments on restarting the aviation industry while ensuring passenger safety.

The testing protocols should work according to new guidelines aiming to reduce the risk of COVID-19 transmissions in air travel and to avoid “economic or logistical” barriers to travel, one of the world’s largest aviation associations announced this week.

While testing could play an important role under certain conditions, it must be implemented in line with global re-start guidelines set by @icao & should facilitate travel.

Polymerised Chain Reaction (PCR) testing, which detects the presence of the COVID-19 virus in the body, could protect travellers from infected persons from high-risk countries and avoid further intrusive measures such as quarantines, but were not a requirement, the organisation added.

“Airlines are committed to reducing the risks of COVID-19 transmission via air travel and COVID-19 testing could play an important role. But it must be implemented in line with ICAO’s global re-start guidance with the aim of facilitating travel. Speed, scale and accuracy are the most critical performance criteria for testing to be effectively incorporated into the travel process,” IATA director-general and chief executive Alexandre de Juniac said.

How Would the New System Work?

According to the IATA, trained public health officials should conduct COVID-19 testing in less than an hour, with hundreds of tests per hour via saliva samples for efficiency. False positive and negative tests should remain under 1 percent, it added.

Airports would benefit from testing for “ready-to-fly” arriving passengers with a 24 hour period before travel, with tests recommended at departure. Data transmission of test results should operate as efficient as e-visa clearances, it said.

But governments should pay for the testing system as outlined by the World Health Organisation (WHO) due to differences in testing costs across the European Union. Passengers may also not be allowed to travel as planned when testing positive for COVID-19 but airlines could offer flexibility to consumers such as rebooking flights or offering refunds, the association said.

Airlines should also not be required to repatriate or ‘punish’ passengers with fines or other penalties, the IATA concluded.

The new measures come after the organisation reported the global aviation industry had lost 419bn in profits or 50 percent in 2020, with 84bn in total losses and travel demand plummeting 54 percent, according to figures.

Numerous airlines have folded, including Flybe, Virgin Australia, Monarch Airlines and others, over market uncertainty due to Brexit and the ongoing pandemic, with easyJet, Virgin Atlantic and other carriers issuing further profit warnings.

American Airlines, Eurowings and easyJet also announced they would slash up to 30 percent of staff due to the crisis.