As nations hinge on the verge of World War 3, the band directors for one college marching band are focusing on what matters most: Trayvon Martin.

This past Saturday, the Alabama State University marching band sculpted letters forming the name “Trayvon” during a halftime show, a Tweet by the commissioner of the Southwestern Athletic Conference, Duer Sharp, said.

“Bama State band with Trayvon Martin tribute,” Sharp tweeted, as others reportedly “expressed pride and respect for the band’s tribute,” according to AL.com.

Trayvon Martin was a Florida teen who was fatally shot during an altercation with volunteer night watchman George Zimmerman in February 2012. The media helped spin a narrative of an innocent black teen who haplessly wandered into gunfire when in reality, a jury found, Zimmerman was attacked and justified in defending himself.

A number of commenters on the AL.com website took issue with the band’s tribute.

“A tribute to a thug. Somehow that doesn’t even bother me anymore. Sad,” one user said.

“There you have it folks, your tax dollars being used for social activism and propaganda. The legislature should de-fund ASU for such stupidity,” another user said.

And yet another user thought a university’s time would be better spent honoring the victims of one of the most heinous crimes in recent past, Channon Christian and Christopher Newsom. The Knoxville, Tenn., couple was kidnapped and brutally raped, tortured and murdered in January 2007 by a group of five black males.

“Maybe the University of Tennessee’s band will spell out, “Channon & Chris” at their next home game,” the user cynically remarked. 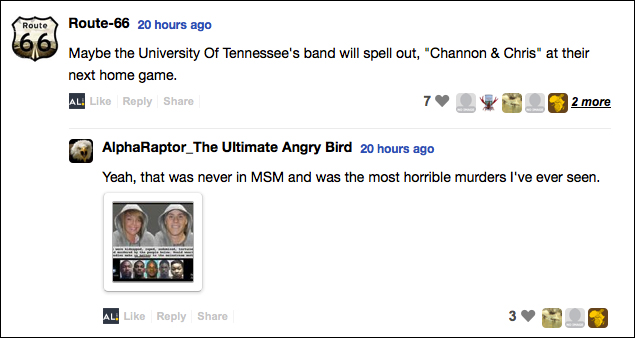 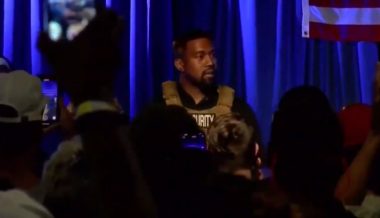